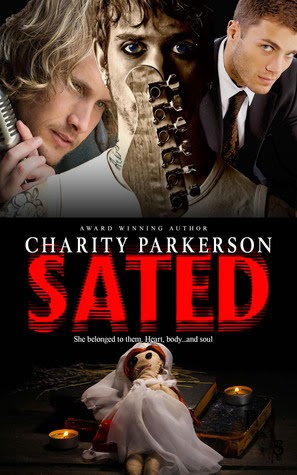 “Losing her mind wasn’t an experience she enjoyed.”
After a steamy night of passion with a dark stranger, Arbor’s life takes on a surreal edge. Disturbing dreams, lapses in memory, and entire buildings going missing are only a few of her problems. Her search for answers leads her to Detective Trey Murphy, the man in charge of investigating satanic and ritualistic crime for the New Orleans area.

Where do you turn when your mind is the enemy?

Meeting Trey only adds to Arbor’s confusion. By day, he keeps her captivated and gains her trust in a way no one else ever has. At night, Arbor’s every fantasy is brought to life by two sexy men who steal away her inhibitions. Torn between what her heart knows is real and what her eyes show her, Arbor must find the truth before she loses herself completely.

But, then again, sometimes reality is more twisted than any dream and love is the cruelest form of insanity.

**Author Note**
Warning: This isn’t your typical love story. It’s dark with scenes some may find disturbing. Sometimes love is senseless, and the heart is so very stupid.


EXCERPT
“I thought you were with the band,” he said as he lifted his coffee to his lips. It was the only way he could think to open the topic for discussion. Not that he cared, of course. She’d called him. It was a start. If there was a line he wouldn’t cross when it came to getting what he wanted—namely, her—he hadn’t yet seen it. Deep longing for something out his reach was a familiar weight. Her eyes never left the dessert menu. He knew she wasn’t really seeing it because her gaze remained fixed to one spot.

“With the band,” she repeated, sounding wry and making him wonder if he’d insulted her. “That would require knowing where they are,” she added so quietly Trey assumed it was meant more for her than him. With a shake of her head, Arbor met his stare. For a split second, Trey was rendered mute. Everything around them disappeared. It punched him in the chest. She possessed something other people did not.

“What about you?” Her question didn’t make as much sense as it might have if she wasn’t affecting his brain function.

“I’m not with the band,” he said automatically, pulling a ghost of a smile from her.

“You’re a cop,” she said, helping him along.

“Detective actually.” He wasn’t trying to be a dick. It was more that he’d worked hard to get where he was. She set her elbows on the table. A playful light entered her eyes.

“What do you detect?”

“Satanic and ritualistic homicides.” Huh. She didn’t even flinch.

“I wasn’t aware there was such a high number of those types of murders that it required a special title. Are you the only one or is there an entire division?”

Against his will, Trey’s lips twisted. “Unfortunately, there is a need for such a title. There’re three of us. I’m not sure it counts as an entire division. Louisiana is a hotbed of all things satanic and ritualistic. You’re likely to run across anything here.”

Her gaze moved over his face, but her expression remained blank. “You do look tired.” Before he had time to react, she added, “I’ll have to take your word on the matter. I only moved here two weeks ago.”

He opened his mouth to ask more. Instead, something entirely different popped out. “You’re beautiful.” She blinked. Her surprise evident. There was no way she was as shocked as he was. He hadn’t meant to say it. It was true, of course, but it had still slipped past his lips without his permission.

“Thank you.” Arbor’s response sounded more questioning than automatic. He snorted. She blushed. The sight fascinated him. Their knees brushed making Trey realize somehow, he’d moved his chair closer to hers.

CHARACTER BIOS
Arbor Sinclair was born in Colorado where she lived until her early twenties. From there she moved to New Orleans to follow the two greatest loves of her life.

Killian Moore and Lyric Wynters are the front men for the popular grundge-rock band Excile. They spent several years tourning the country before meeting Arbor.

Trey Murphy lived with his grandparents for most of his life until he went off to college to earn his degree in forensic science. It’s always been his dream to make detective.

This book was Scorching HOT. I don’t think I read a book this hot in quite a while. And it was just my favor of everything. YUM.

I also really liked how this book was executed. There is present mixed with past in an engaging and not confusing way. It was just enough to past to give you hints about the future without bogging the story down. It kept me interested throughout and by gosh, NO INSTA LOVE. Thank goodness for that.

So why not give this book FIVE Sated Hearts.

I guess the story didn’t wrap up basic questions. And not the who, what, why, when and where. Those were answered, although the where is a little iffy, but I’ll excuse that based on the story.

Although we get a satisfactory resolution to the story, those questions above which are brought up to intrigue you or confuse you in the story are never answered.

But the heat level in this book was off the charts. It was HOT, really smoking, fan your ass HOT. However, I will say that every time we get to the point of sheathing the sword so to speak, the actions sort of ends there. Not so much fade to black, but I felt like I missed out a bit considering this is erotica. Also, the m/m only scratched the surface and I seriously longed for more. I wish I would have gotten a heck of a lot more. And it felt more like a teaser to M/M. This because I’m a serious m/m fan.

Overall, I read this at 2am and don’t regret staying up til dawn to finish. Maybe, we can get more because I would love the answers to my questions and more M/M action. I recommend this to anyone who likes f/m, ménage and a dash of m/m. Great hot story. 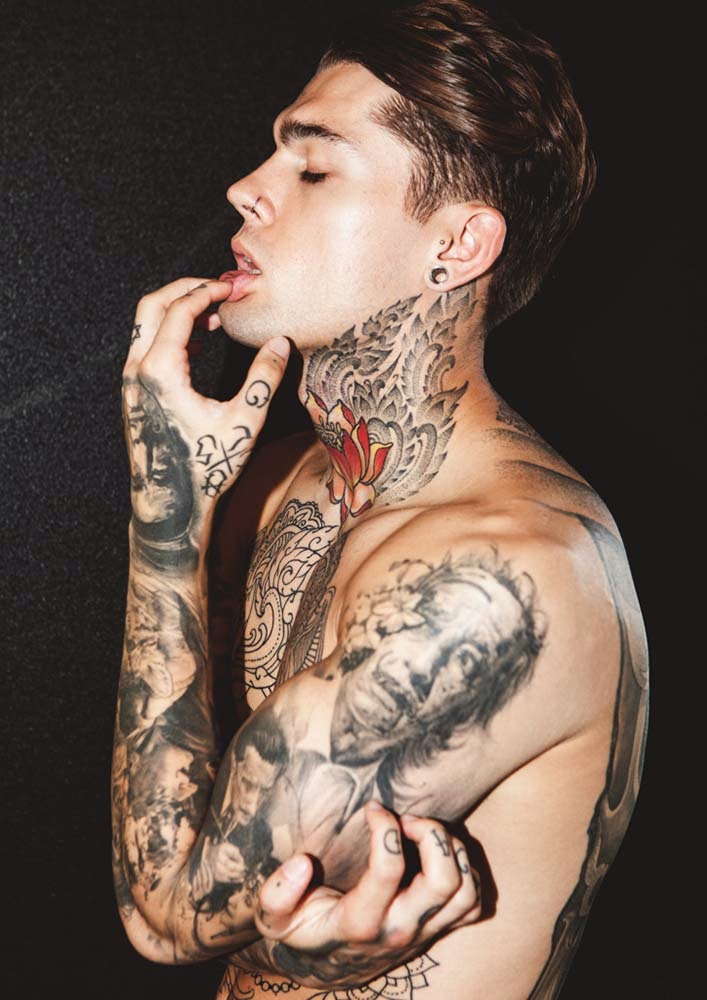 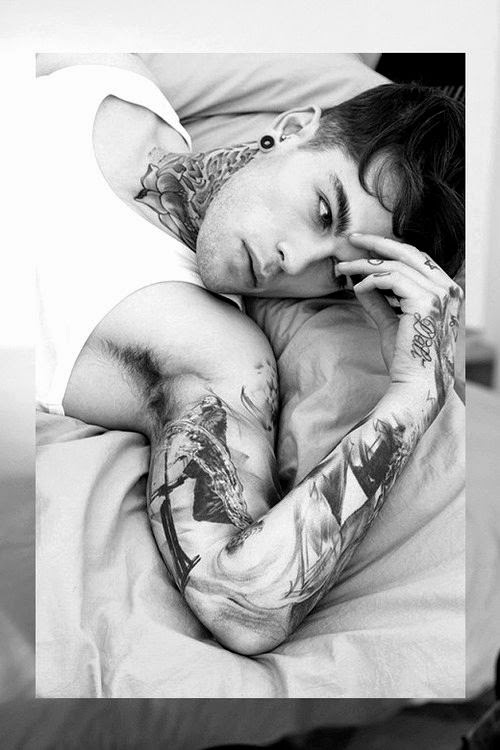 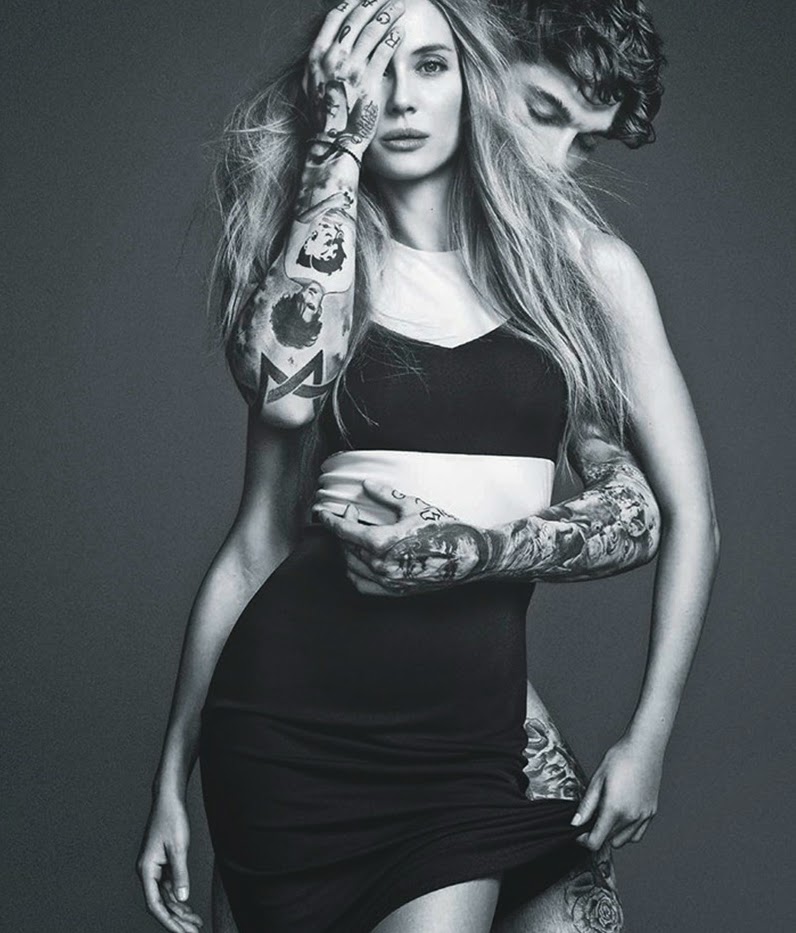 *Disclaimer - I am not the owner of this picture. I found it on the web for causal fun use on my blog for which I receive no compensation. If this picture belongs to you (you are the copyright owner) please let me know and I will remove it.
Posted by My Book Boyfriend at 7:08 AM