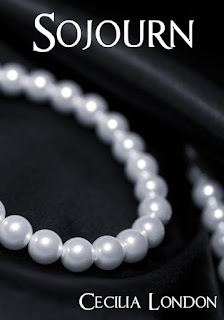 Haunted by her experience at The Fed, Caroline tries to create a new identity. A new present, a new future. She can’t escape the memories that dog her when she least expects it, leaving her mired in a depression that she finds difficult to escape. Caroline needs to regain her physical and mental strength if she intends on surviving the journey to find the elusive rebellion. But that’s easier said than done with the ghosts of the past constantly whispering in her ear.

The road is long and dangerous, and there are no guarantees. She and her companions have no idea what they will find when they arrive at their destination. And what they finally discover may change everything.

Part Three of a Six Part Saga. Sojourn (approximately 89,000 words) is not a standalone and must be read after the first two books in the series. Ends in a cliffhanger. For readers 18+. This book contains adult situations including explicit sex and violence. 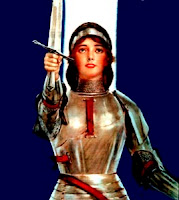 Cecilia is my pen name. I may or may not live in San Antonio, Texas. I've been known to apply quotes from 'The Simpsons' to everyday life. I live for baseball season.

EXCERPT
She slid the key in the lock and opened the box. A set of five books lay inside, arranged in order. She stared at the binding. “Decameron de Bocace,” she read.
“Very good,” Jack said. “I was afraid you’d forgotten how to read French.”
Caroline was tempted to smack him but contained herself. She examined the books closer. “This set is exceptionally old.”
“1757, I believe. One of the more valuable 18th century editions.”
It would have been too easy for him to pick up a paperback copy from a normal bookstore. “Why French?”
“You are fluent,” he pointed out.
As if the classics weren’t challenging enough in English. “You bought me Boccaccio in a foreign language?”
“I do love how you enjoy the oldies,” Jack said.
“The Decameron is more than an oldie. It’s one of my favorite books.”
“I know.” He smirked. “I read that interview you did for Philadelphia magazine.”
“You set up that interview,” Caroline said.
“I remember. Did you tell them that you only mentioned that book so you could sound intellectual?”
She very rarely spouted off about that sort of thing but they’d asked about it and she’d answered. She’d also mentioned her favorite childhood reads and a host of dystopian tales, but Jack had clearly forgotten that part. “It’s a wonderful example of medieval literature. Hush up.”
He glanced at her nervously. “What do you think?”
Was he worried that she would be disappointed in such an incredible gift? “Do I even want to know how much you spent on this?”
“I’m not going to tell you,” he said. “Not without a little bit of prodding or a lot of sexual favors.”
She could work on that later. The book set was in near perfect condition for its age. “This is beautiful,” Caroline said.
He looked a little too proud of himself. “I thought you’d like it.”
“I want first editions of Harry Potter next,” Caroline said. “The U.K. versions.”
“Instead of telling me to stop buying you things, you’re giving me ideas?”
“Damn right.” She leaned in to kiss him, long and hard. A gift like this deserved more than a peck. “Thank you, darling.”
“Read it to me,” Jack said.
He didn’t speak French. That request made no sense. “What?”
“Read it to me,” he repeated.
Maybe she’d misheard him. She was thoroughly confused. “In French?”
He moved behind her and leaned toward her ear. “Bend over the desk and read it to me,” he whispered, taking one of the volumes and carefully turning the pages to where a bookmark marked the spot.
Caroline scanned the words, swallowing hard. She recognized the tale immediately. Rustico and Alibech in the desert. The randy monk exposing himself to the curious virgin and seducing her. Possibly one of the most salacious tales in the entire book. “You want me to read this to you?”


“Yes,” he said. “If you promise to translate it correctly and are very, very good, you might even get a reward.” He slid his hand under her skirt. “You can do that, right?”
PURCHASE LINKS: