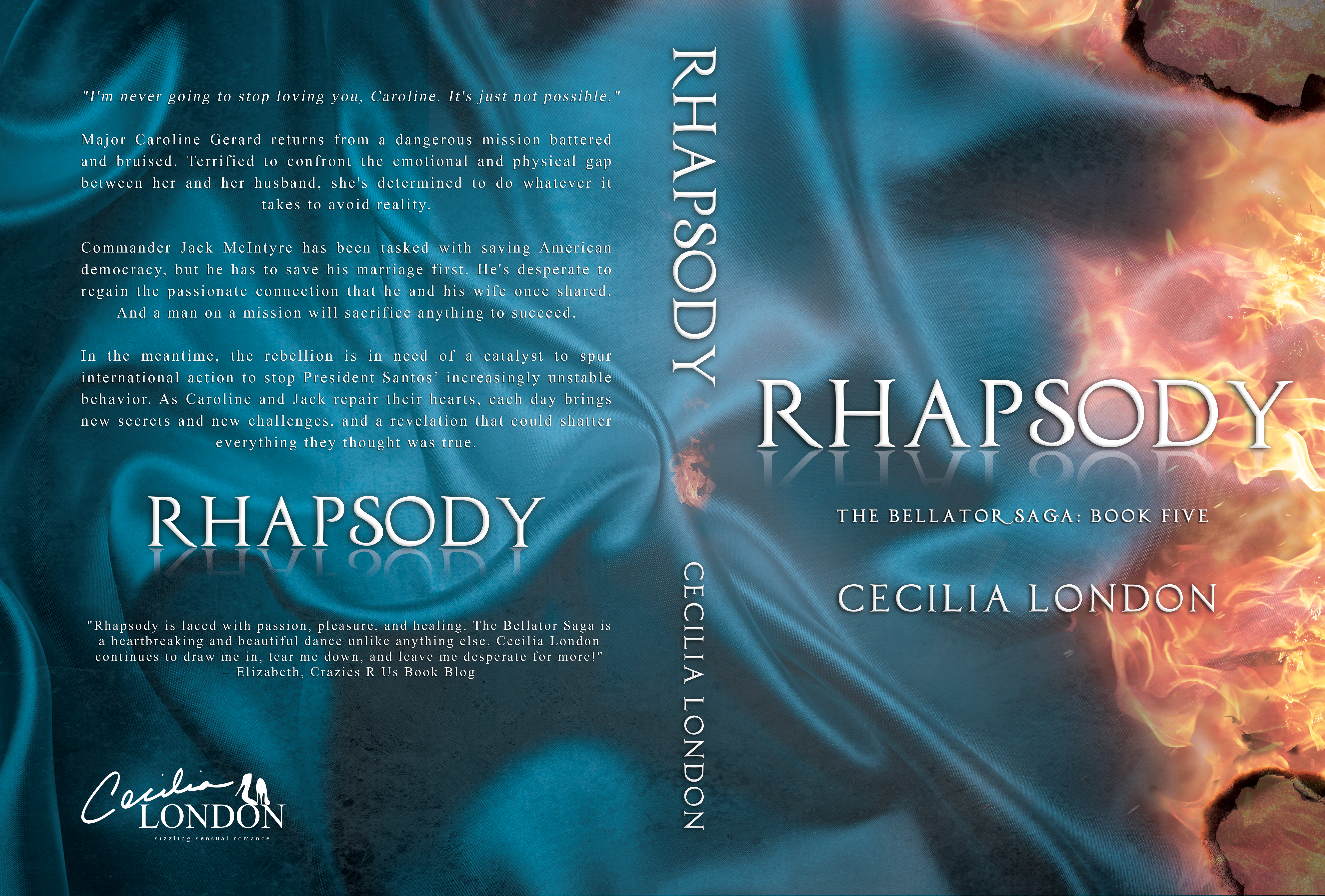 "I'm never going to stop loving you, Caroline. It's just not possible."

Major Caroline Gerard returns from a dangerous mission battered and bruised. Terrified to confront the emotional and physical gap between her and her husband, she's determined to do whatever it takes to avoid reality.

Commander Jack McIntyre has been tasked with saving American democracy, but he has to save his marriage first. He's desperate to regain the passionate connection that he and his wife once shared. And a man on a mission will sacrifice anything to succeed.

In the meantime, the rebellion is in need of a catalyst to spur international action to stop President Santos’ increasingly unstable behavior. As Caroline and Jack repair their hearts, each day brings new secrets and new challenges, and a revelation that could shatter everything they thought was true.

Rhapsody is the fifth book in The Bellator Saga. It should be read after the first four books in the series.

Want an opportunity to win the first four books in the series?

Head over to Cecilia's Author page today for a chance to win books 1-4 in the series!

Cecilia London is the pen name of a native Illinoisan currently living in San Antonio, Texas. She's filled several roles over the course of her adult life - licensed attorney, wrangler of small children, and obsessed baseball fan, among others. An extroverted introvert with a serious social media addiction, she is the author of The Bellator Saga, an epic, genre-crossing romance series. You can catch all of her quirky updates on Facebook, Twitter, and Instagram, or at her website. 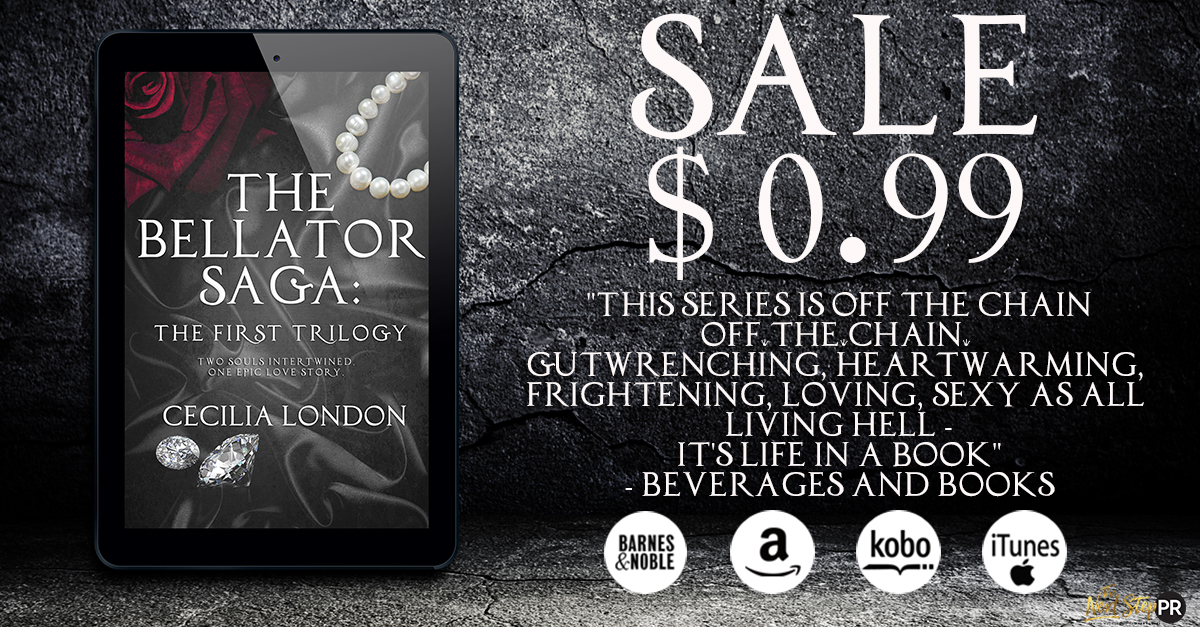 Rising Democratic star Caroline Gerard is reluctant to fall in love again after losing her husband. Can Republican playboy Jack McIntyre break through her grief and capture her heart? Told mostly in flashback and set against a chilling fascist backdrop, Dissident is a rollercoaster ride of political intrigue, passionate romance, and undying love.

Caroline faces the biggest challenge of her life when confronted with the cruelty and sadism of her captors at The Fed. Hope fades quickly, even as she holds onto her one last bit of sanity and her unshakable belief that her husband will rescue her. But is that faith just a mirage?

Reeling from her experiences at The Fed, Caroline tries to forge ahead and create a new identity. But that’s hard to do with the ghosts of the past constantly whispering in her ear. She is determined to find the rebellion and move on with her life, but what will she find when she arrives there?

Posted by My Book Boyfriend at 5:30 AM