Unique World - Etched in Bone (The Others #5) by Anne Bishop 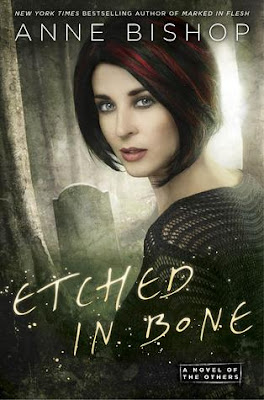 Etched in Bone (The Others #5) by Anne Bishop

This is an adult urban fantasy novel (PG-13)

New York Times bestselling author Anne Bishop returns to her world of the Others, as humans struggle to survive in the shadow of shapeshifters and vampires far more powerful than themselves…

After a human uprising was brutally put down by the Elders—a primitive and lethal form of the Others—the few cities left under human control are far-flung. And the people within them now know to fear the no-man’s-land beyond their borders—and the darkness…

As some communities struggle to rebuild, Lakeside Courtyard has emerged relatively unscathed, though Simon Wolfgard, its wolf shifter leader, and blood prophet Meg Corbyn must work with the human pack to maintain the fragile peace. But all their efforts are threatened when Lieutenant Montgomery’s shady brother arrives, looking for a free ride and easy pickings.

With the humans on guard against one of their own, tensions rise, drawing the attention of the Elders, who are curious about the effect such an insignificant predator can have on a pack. But Meg knows the dangers, for she has seen in the cards how it will all end—with her standing beside a grave.

This series should have been an easy winner. The world building is unique and interesting. So much so I didn’t need this farce of a romance to enjoy. In fact, I think this “romance” detracted from the series instead of enhancing it.

With each book, I grew impatient for something to happen with what the author kept dangling in front of our face like a carrot. To me, personally, I felt like the “romance” took away from the story/series. I think if romance wasn’t there, (and I’m pro romance in books, just not this one), I think this could have been better.

Simon and Meg could have had the same dynamic if he saw her as a little sister/ pack and not a potential mate. BECAUSE, that’s what it felt like through most of the series anyway. The “romance” was added like an afterthought. It was as if the author didn’t want it, but her publisher/editor demanded it. To meet that quota, she created a snippet of romance in the beginning and ending of each installment, that went nowhere for 95% of the book (the middle).

What’s worse, I read a few reviews that suggests this book is the last. If so, I’m doubly disappointed. After five books, investment of time and money, I needed an epilogue not a promise of a future. We got that promise the last several books. I want a resolution and a decisive ending about what happens.

Also, let’s talk just about just this book. Nothing really happens. For most of the book, it reads like daily diary entries. Meg wakes up, has breakfast with Simon, they go to the market square, she works, has lunch with Mary what’s her name, then she goes home with Simon, they sleep (him in wolf form) rinse and repeat.

The addition of the added character to be a female officer in another town goes nowhere and adds nothing to the story. We knew the others were more progressive than the humans??? So what was the point? This is no spoiler as if again does nothing for the plot arc.

The predictability of what little action that does occur, happens so late in the book, it’s so obvious a blind person would SEE it coming.

And honestly, I didn’t get the point of Jenny getting a package at the end. What did that character do that warranted her receiving that package???

And I didn’t get the tie in with the title to the story.

Well, at least I was able to finish the book. And that’s more that I can say for several books I’ve started and haven’t finished so far this year.


Alexandra Harris does a good job with narration. A lot of her male characters sound the same, which can be confusing at times. But overall, a good job. 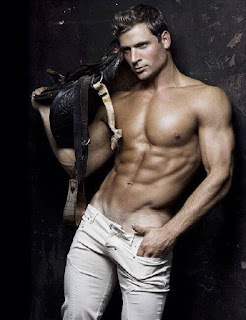 *Disclaimer - I am not the owner of this picture. I found it on the web for causal fun use on my blog for which I receive no compensation. If this picture belongs to you (you are the copyright owner) please let me know and I will remove it.
Posted by My Book Boyfriend at 10:04 AM