City of Lost Souls (The Mortal Instruments #5) by Cassandra Clare 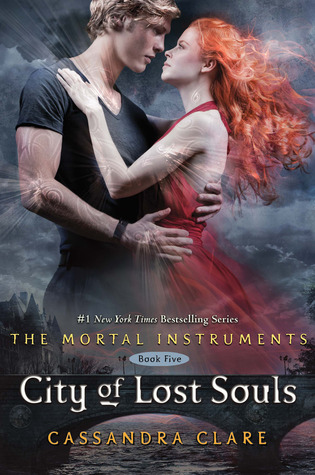 City of Lost Souls (The Mortal Instruments #5) ~ Cassandra Clare
This is a young adult paranormal/fantasy novel (Rated R)
4 out of 5 stars
Book Summary
The New York Times bestselling Mortal Instruments continues—and so do the thrills and danger for Jace, Clary, and Simon.What price is too high to pay, even for love? When Jace and Clary meet again, Clary is horrified to discover that the demon Lilith’s magic has bound her beloved Jace together with her evil brother Sebastian, and that Jace has become a servant of evil. The Clave is out to destroy Sebastian, but there is no way to harm one boy without destroying the other. As Alec, Magnus, Simon, and Isabelle wheedle and bargain with Seelies, demons, and the merciless Iron Sisters to try to save Jace, Clary plays a dangerous game of her own. The price of losing is not just her own life, but Jace’s soul. She’s willing to do anything for Jace, but can she still trust him? Or is he truly lost?

Love. Blood. Betrayal. Revenge. Darkness threatens to claim the Shadowhunters in the harrowing fifth book of the Mortal Instruments series.

Don’t miss The Mortal Instruments: City of Bones, soon to be a major motion picture in theaters August 2013.

My Review
First I like to say that I haven’t at all been pleased with Jace these last couple of books. He’s been to self absorbed and depressed making for a really bad combination. I have to say, CC slipped in an explanation that almost makes it seem like we should have discerned this truth. But since she felt the need to mention it, it means that based on the previous books we wouldn’t have. Anyway, I feel better about Jace because of it. (I wonder if she read my reviews as it was a clear answer to all my former complaints, lol)

Now, back to the review. I found this read for the most part to be overly entertaining. There was a heck of a lot going on and twist and turns. Still, a lot of the time, the storyline was predicable. However, I didn’t think that took away from my enjoyment.

CC had a lot of characters making starring role appearances. This was good. We tied up some loose ends and learned a lot more.

My biggest complaint came at the end. I just felt that, SPOILER ALERT, the epilogue was a little out there just to drag things out. Clary went with Jace all over the world when he wasn’t quite himself. He makes it back and she is not at his side holding a “vigil” until he recovers. Come on CC, you can do better than that. Everyone else is there, but you are waiting for an invitation to come until Izzy states the obvious. Anyway, I was annoyed, can you tell. “SPOILER ENDED”.

Overall, it was a good installment of the series. I must confess, that TMI overall compared to TID overall to date, I’m going with the Inferno Devices. But I will continue both at this point.

Audio Review
Molly C. Quinn narrated this book. Although she is a decent narrator, I don’t think a book with such a large cast suited her very well. In fact, I didn’t listen to this story a long time because of her monotone voices for all the characters. And what I mean by that is for the most part she didn’t vary her voice all that much. And if you are single mindedly focused on the narration, this isn’t a problem. But if you are multitasking it becomes hard. Overall it was passable enough for me to enjoy and not regret listening over reading.

My book boyfriend, Jace. (I’ve always seen Jace as him, always. So I’m sticking to him) 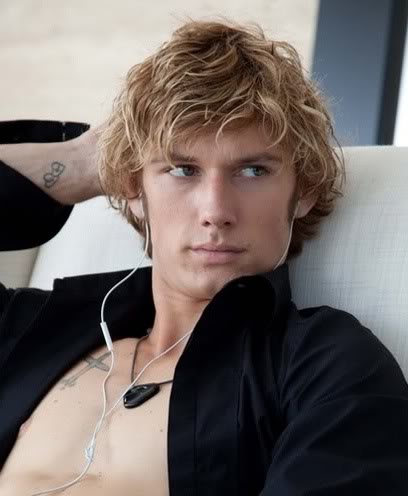