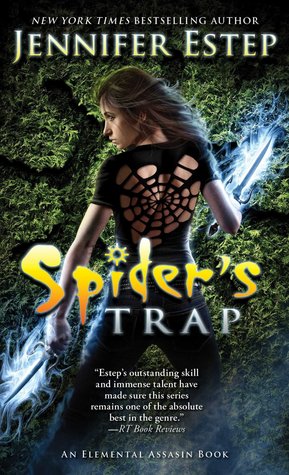 This is an adult urban fantasy novel (Rated NC-17)

The next thrilling book in Jennifer Estep’s New York Times andUSA Today bestselling Elemental Assassin series—“an extraordinary series… One of the most intriguing heroines in the genre” (Romantic Times Book Reviews).
Keep your friends close but your enemies within stabbing distance.


One important lesson I’ve learned in the assassination business is that to be the best you have to roll with the punches. Now that I’m queen of Ashland’s underworld—by default, not by choice—a lot more punches are being thrown my way. But I suppose that’s the price of victory for taking down some of the underworld’s top dogs. Good thing I have my Ice and Stone magic to help me survive my volatile new position. Just when I think things are finally settling down, someone tries to murder me during a hush-hush underworld meeting. But the real surprise is how strangely familiar my shadowy assailant seems to be.

My job is to maintain order among killers, crooks, and thieves, and soon I’m embroiled in a bloody game where the ability to keep secrets could be the greatest superpower of all. My enemies have all sharpened their knives and laid their traps, waiting for me to fall. But this Spider weaves her own webs of death…

With a long standing series, you want to read more about the characters at the same time, you hope for new innovated storylines.

It’s never a bad day to read about Gin and her struggles to survive. So here is the good and bad.

-We finally get some extra smexy time with Owen. The scene doesn’t seem like a last minute add to make the reader happy. It had all the feels. And I felt especially because it reminds us when disaster strikes.

- Kinkaid. Oh how I miss him. Parts of me wish Gin could be with Finn, Owen and Kinkaid. I love all of them. Kinkaid barely shows up these days. And a part of me feared that I wished to hard when something bad happens to someone in the book.

- I like that Gin is taking on a different role in the city.

- I can’t imagine how Gin would forget Lorelei. Too much happened for her to forget. I wish it was more of Lorelei didn’t look familiar. So much time past and she didn’t recognize her from the girl she’d been??? But to conveniently have a dream to all of a sudden remember felt contrived.

- A couple of times weapons that wouldn’t be useful were brought into a fight and it seemed stupid on the part of the players using them to not choose better in advance as they weren’t sneak attacks against them.

- I just wish the storyline would change more to evolve around Gin’s new position instead of the same old fight. (She goes in and is unsuccessful against her foe, she fights again and the foe gets away, she fights again and barely overcomes to be the victor). (How about she goes in and defeats the foe but lets them live, they come back and kidnap someone, then she has to go in and save the day and off that person) IDK. Something different.

- I wonder why Owen and Gin haven’t progressed their relationship. Most of the time, they spend their nights separate. For two single people with their own place who claim to love each other so much, I’m shocked at the lack of “nights” they spend together. And I don’t mean we need to see (or be shown) the smexy time. But Gin spent a fair amount of time in the book at night home alone.

I couldn’t image anyone else other than Lauren narrate this series. However, with new players, Lauren is forced to use voices for players long dead but remembered for new characters. Not her fault.

Overall, I do look forward to the next installment. Based on the info we got at the end, I’m curious to see how things play out.

My book boyfriend is Owen. 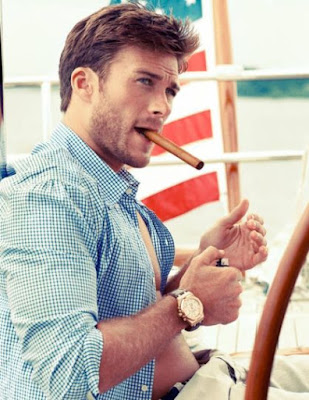