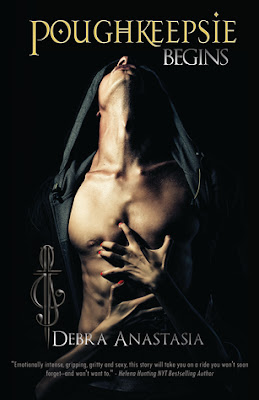 This is an adult contemporary romance novel (Rated NC-17)

It ends with the beginning. This legendary, indie, cult-favorite series ends its tale with the story of the Poughkeepsie brotherhood before the tattoo. Before the train station, before the church, before a criminal empire there was a foster home and three teen boys who chose each other as family, because the ones they were born into didn’t exist

Still in high school, Beckett is already laying the groundwork for a grander life ahead, one where his brothers want for nothing and get some respect for once. But even as he plans, Beckett must decide if he’s ready to make that choice—diving in to a life that trades his chance at a future, his chance at something as simple as first love with a girl named Candy Cox, for their chance to find happiness.

Blake, Beckett, and Cole’s devotion to each other is forged by fists and the driving need to belong somewhere, to do more than just survive this life. Readers of the series know they each get there in the end, but before we count smiles, we must first shed tears. These early days of the Poughkeepsie brotherhood will play on your heartstrings before serrating them with a knife; they’ll lift your soul with music, only to leave you with nothing but a desperate prayer for hope.

And when you reach the end of the beginning, you’ll be ready to start the series all over again.

I have to admit, I don’t think I’ve been this excited about a book all year. And Debra A. didn’t fail us. She brought us intrigue, edge of the seat excitement, angst, charm and the brothers in a light I didn’t think was possible. I mean how could I love Blake, Beckett, and Cole any more than I already did.
I’m trying to decide which of the books I liked better. But I have to say, this one is a strong contender.

This could be read first or it could be read last in the series. I think last is almost better. I think you at least need to read Poughkeepsie, first. There is a certain mystery in the story that may be foiled if you read this one before that. But I think all in all, it doesn’t matter as long as you read. One of my favorite series EVER.

The brothers had a world of hurt and disappointment they had to deal with. This is their struggle and their almost beginning. Debra A with her satire begins a heart-wrenching story of a brotherhood of love and pain that’s unparalleled in what I’ve read this year.

It’s hard to say more without spoiling, but if you loved the series, this book won’t disappoint. And if you haven’t read the series, check it out now.

And there is a Poughkeepsie App, It's super cool. Search for my reviews. I did a review on it a while back. 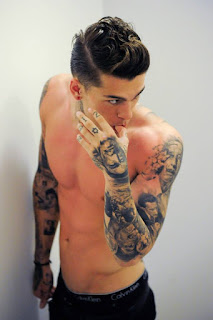 *Disclaimer - I am not the owner of this picture. I found it on the web for causal fun use on my blog for which I receive no compensation. If this picture belongs to you (you are the copyright owner) please let me know and I will remove it.
Posted by My Book Boyfriend at 4:29 AM