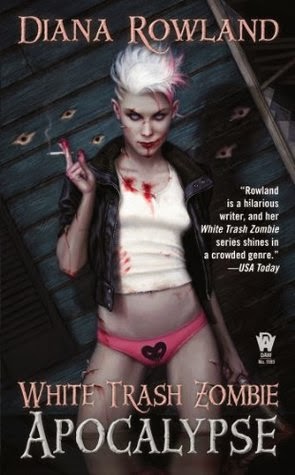 White Trash Zombie Apocalypse  (White Trash Zombie #3) by Diana Rowland
This is a New Adult Zombie novel (Rated NC-17)
♥♥♥
(Three Zombie Hearts)
Book Summary
Our favorite white trash zombie, Angel Crawford, has enough problems of her own, what with dealing with her alcoholic, deadbeat dad, issues with her not-quite boyfriend, the zombie mafia, industrial espionage and evil corporations. Oh, and it’s raining, and won’t let up.

But things get even crazier when a zombie movie starts filming in town, and Angel begins to suspect that it’s not just the plot of the movie that's rotten. Soon she's fighting her way through mud, blood, bullets and intrigue, even as zombies, both real and fake, prowl the streets.

Angel’s been through more than her share of crap, but this time she’s in way over her head. She’ll need plenty of brainpower to fit all the pieces—and body parts—together in order to save herself, her town, and quite possibly the human race.
My Review
So I kept the ball moving from the last book and picked this one up to continue on. First I will say, with the ending in the last book, I was okay with Angel staying with Marcus. However, the author starts this book by throwing another monkey wrench into their relationship. My thoughts were that she didn’t want to deal with that aspect of the story, so she did something so that she can avoid the issue for most of the book.
I’m not a huge Phillip fan after everything he did to Angel. Angel who used to be such a fighter returned to her doormat status like she was with her old boyfriend Randy. (I think that was the stoner’s name).
I also felt like there wasn’t a solid plot in this one more like a jumble of events. Which is fine I guess in a series, but I was put off that Angel had to be a “special” Zombie. It was too cliché.
I was also put off by how Angel treated Marcus in the end. SPOILER~ SPOILER ALERT. After all he did and invited Angel to stay in his home with her father, she basically writes Marcus off at her own party. We don’t see them together as a couple. Instead, she’s think not about what it would be like to kiss Phillip but rather she inwardly says she would let him. Really. Your boyfriend is at the party and you’d let another guy kiss you. I was annoyed. She could be a little more gracious to Marcus. He saved her life and gave her a place to stay. And she wants to kiss another guy. I’m not saying she has to stay with Marcus. But could she be honest with Marcus and let him go first.
My Book Boyfriend Marcus. 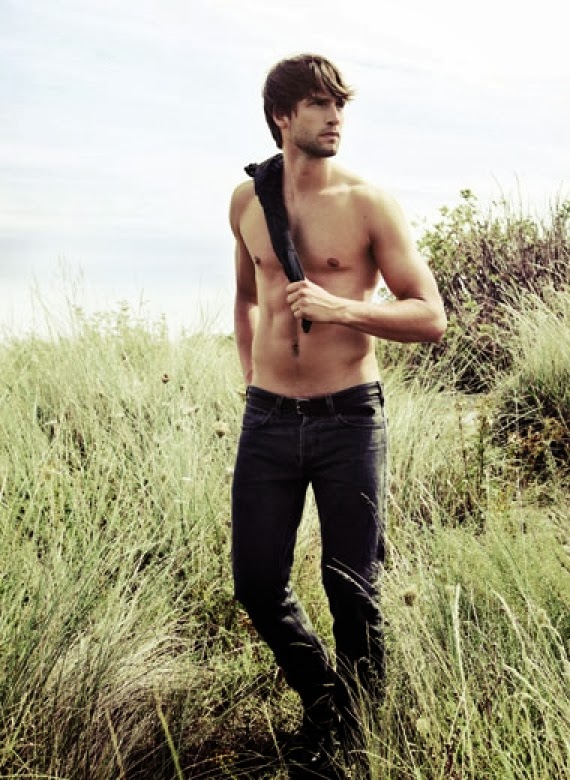