Touch of the Demon (Kara Gillian #5) by Diana Rowland 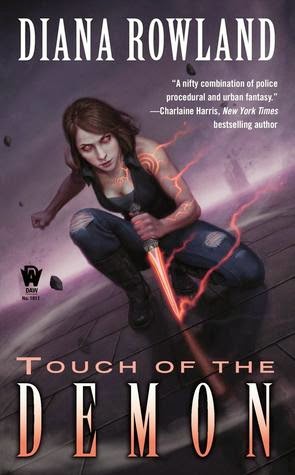 She’s used to summoning supernatural creatures from the demon realm to our world, but now the tables have been turned and she’s the one who’s been summoned. Kara is the prisoner of yet another demonic lord, but she quickly discovers that she’s far more than a mere hostage. Yet waiting for rescue has never been her style, and Kara has no intention of being a pawn in someone else’s game.

There’s intrigue to spare as she digs into the origin of the demonic lords and discovers the machinations of humans and demons alike. Kara is shocked to discover that she has her own history in the demon realm, and that the ties between her and the demonic lords Rhyzkahl and Szerain go back farther than she could have ever imagined. But treachery runs rampant among all the lords, and she’s going to have to stay sharp in order to keep from being used to further their own agendas. The lords have a secret that dates back to earth’s ancient history, and it could have devastating repercussions for both worlds.

Yet more than anything else, Kara’s abilities as a homicide detective will be put to the test—because this time the murder she has to solve is her own.


The last book ended in a huge cliff hanger. So of course I moved onto this book which was available with swiftness. This story takes place primarily in an entirely new world. Thus there is a lot of world building. And no surprise, since Kara’s technically not on earth, there isn’t much cop work. So for all you cop/crime/police procedural fans, you may not like this book as much since there is more of a paranormal fantasy feel in this one.
However, there is much to discover that will probably piss a lot of fans off. I was one of those fans but as the story dragged on, I learned to accept it. In fact, I should have expected it considering her writing style. No man stays good in the eyes of this author and a few others I could name. Still, I find myself intrigued by the end game of this story. So I will push on.
I will also say that we get a number of answers but unfortunately a whole host of new questions. However, this author has mastered the balance of such in this one. You will want to continue on.
Audio Review
Liv Anderson continues to do an excellent job.
My book boyfriend Mzatal.(imagine him with long hair) 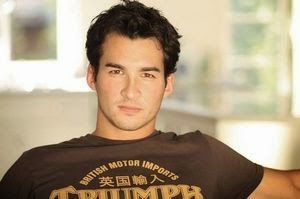 *Disclaimer - I am not the owner of this picture. I found it on the web for causal fun use on my blog for which I receive no compensation. If this picture belongs to you (you are the copyright owner) please let me know and I will remove it.
Posted by My Book Boyfriend at 12:55 AM