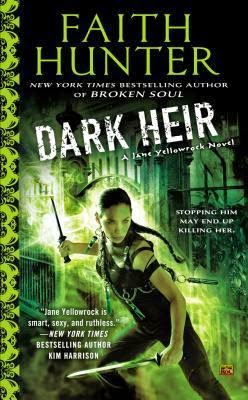 Dark Heir (Jane Yellowrock #9) by Faith Hunter
This is an adult urban fantasy novel (Rated NC-17)
♥♥♥1/2
(Three and a Half Dark Hearts)
Book Summary
Shapeshifting skinwalker Jane Yellowrock is the best in the business when it comes to slaying vampires. But her latest fanged foe may be above her pay grade…

For centuries, the extremely powerful and ruthless vampire witches of the European Council have wandered the Earth, controlling governments, fostering war, creating political conflict, and often leaving absolute destruction in their wake. One of the strongest of them is set to create some havoc in the city of New Orleans, and it’s definitely personal.

Jane is tasked with tracking him down. With the help of a tech wiz and an ex-Army ranger, her partners in Yellowrock Securities, she’ll have to put everything on the line, and hope it’s enough. Things are about to get real hard in the Big Easy.
My Review

I can’t say this was my favorite installment of this series. It kind of felt like Jane spent most of the book running in circles. Also, I don’t have to have romance, but I missed it in this book.
I’m not exactly a Leo or Bruiser fan especially after what happened many books ago. You can say I’m a team Rickybo fan despite all his bull shit. I’m a stand by her man kind of guy and Rick got a raw deal in this series (and by the author). He can’t be blamed for everything that he’s done. However, I was pissed with how he ended up with the chick he has no choice but to be with if he wants a relationship at all. He is a guy. Can’t blame him.
However, I’m still not team Bruiser. Although both he and Leo are taking small steps in each book to get on my good graces.
But I’m TEAM Eli and Alex. I love the Younger guys. I wish…
Overall, this book had a lot of action. We learned what we needed to learn to solve this mystery of this installment. However, I can’t say we learned much for the overall series arc. The book moved to slow for around the first half. For that, I can’t give the book any more stars for picking up in the other half. Fans of the series won’t be overly disappointed. Can only wait to see what will happen in next installment.
Audio Review
Khristine Hvam continues to do an excellent job with the narration.
My book boyfriend Eli. 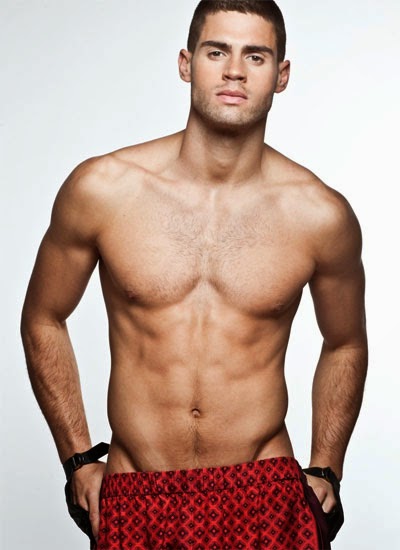 *Disclaimer - I am not the owner of this picture. I found it on the web for causal fun use on my blog for which I receive no compensation. If this picture belongs to you (you are the copyright owner) please let me know and I will remove it.
Posted by My Book Boyfriend at 8:16 AM