Off Base by Tessa Bailey & Sophie Jordan 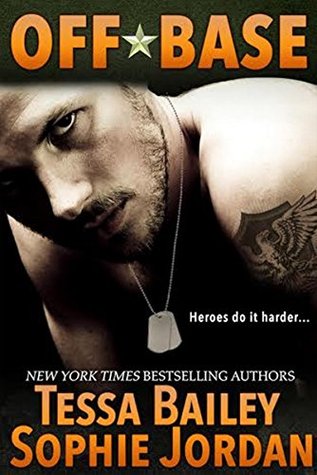 By Tessa Bailey
A welcome home he never expected...and will never forget...

When Kenna Sutton is tasked with driving home newly returned Beck “True Blue” Collier, she expects the strategic Army mastermind to be a pasty number cruncher. Never at a loss for words, Kenna is nonetheless rendered speechless by the gorgeous, inexperienced and tightly-wound Army major that lands in her passenger seat. Outraged by Beck’s lack of a welcome home after seven long years overseas, Kenna takes matters into her own hands, giving Beck something he’s only ever fantasized about in his bunk.

Beck has never shied away from a test of will and Kenna gives new meaning to the word challenge. One problem? Kenna’s father is the lieutenant general presenting Beck with the Silver Star and Beck is determined to treat Kenna with the respect she deserves, even if her eyes beg Beck to act out his most secret desires with her. Desires he's always been told were the work of the devil. But how long can one lonely, starving man hope to resist the woman he craves?

OFF BASE: Huntley and Cullen

By Sophie Jordan
Being a good girl has its drawbacks...

Huntley Collier, an emergency room nurse and all-around do-gooder, is tired of living in the friend zone. Cullen Brooks was given the job of babysitting Huntley when her brother – his best friend – deployed. But their friendly coffeehouse hangouts and TV marathons leave her wanting more. When one crazy night leads to too many drinks and an explosion of long-denied lust, Huntley's dreams become a reality. And reality is one hot, wild place she never wants to leave.

But only a good girl can bring down a bad boy...

Known as Sullen Cullen around Black Rock, Cullen Brooks doesn’t have many friends, but Huntley is one of them … and despite his decidedly unfriendly fantasies of the curvy blonde, she is far too sweet for his darker tastes. Keeping his hands off is easier said than done, however, when demure, little Huntley responds to his touch like the wildcat he never expected...and can't stop pursuing, despite his better judgment. But when Cullen suddenly faces losing her, will this bad boy risk it all to keep his good girl?

Tessa Bailey's alpha heroes will make you combust!" -Laura Kaye, New York Times Bestselling Author
"Sophie Jordan infuses all of her books with memorable characters, sharp wit, smoldering sexual tension and heart melting romance. It doesn't matter what genre of romance she's writing, if Sophie Jordan writes it I will read it." - Jay Crownover, New York Times Bestselling Author
My Review
First let me say that because I didn’t read the blurb, I had no idea this book was comprised of two stories. Yeah… but I don’t like reading blurbs because most often they give away far too much.
So for the first story with Kenna and Beck, talk about Hot, Hot, Hot. There is a twist with this romance I won’t tell you but it just made the book that much hotter. This is my first read by this author and I can tell you it won’t be my last.
Surprisingly in less than 150 pages, I felt like I knew the characters very well when it ended and wanted more. In fact, I think there is more story to tell with this one and I wonder if we will get more. However, with that said, there wasn’t a cliffy. The story ended naturally but you know how it is when you like characters, you want more.
My only complaints about the Kenna and Beck story had to do with the twist. I think some things were harder for me to buy because of it. Let me just say the learning curve was off the charts. And the story came dangerously close to insta love. Thank the heavens the word wasn’t used after three days. That would have killed it for me. I did however buy the attraction and could see how these two could fall madly (notice I avoided the L word) for each other in a short time.
Story two with Huntley and Cullen.
I’ve read this author before but only her young adult series. But this author can write the red hot stuff with no trouble.
This story is a friends to lovers story. I love those especially when written well. I also think it’s easier in this situation for the L word to come up in a matter of days because they have history.
I also liked how this story overlapped a little of the previous story but them moved forward.  Did I mention this story was red hot?
Overall, these stories didn’t recreate the wheel, but it did put a fresh perspective with interesting characters you actually care about in a story you want to read. There were twists in both that didn’t take the typical course correction and I enjoyed that as well.
If you want a solid, sexy story told by season authors, pick this one up. You won’t be disappointed.
Beck 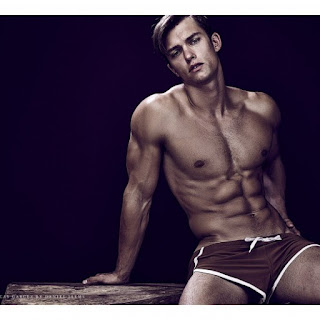 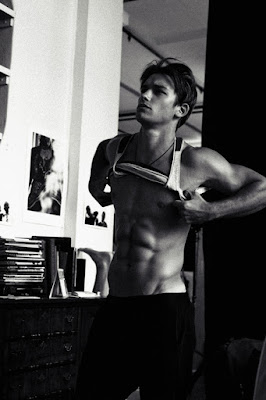 *Disclaimer - I am not the owner of this picture. I found it on the web for causal fun use on my blog for which I receive no compensation. If this picture belongs to you (you are the copyright owner) please let me know and I will remove it.
Posted by My Book Boyfriend at 11:12 AM