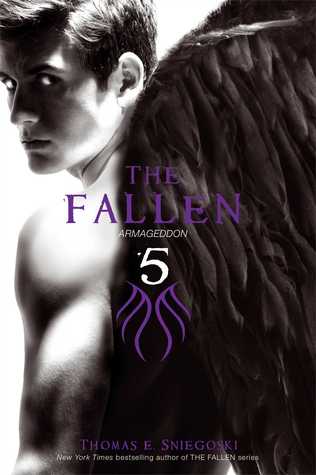 This is a young adult paranormal fantasy novel (Rated PG-13)

Only Aaron and his fellow Nephilim can protect the world from Satan’s wrath in this riveting finale to the New York Times bestselling The Fallen series.


Satan is determined to create his own Hell on Earth and has unleashed unfathomable chaos into the world. Cut off from Heaven, humanity’s only hope for salvation rests with eighteen-year-old Aaron and the other Nephilim who fight by his side. These angelic warriors will protect civilization and restore God’s favor no matter the cost. But there can be only one champion—and defeat is eternal.

The battle lines have been drawn. Armageddon is here.

I was left underwhelmed with this one. I had so many high hopes after the first book. But it felt like the author kept trying to steer Vilma down another path. In fact, we learn that the path had been sanctioned by someone. It seemed to distract me from the rest of what was going on because I was going to be pissed if it happened.

Then the ending battle was pretty good. It wasn’t easy and it wasn’t over right away. I liked how sacrifices were made and certain things were overcome. However, I agree with one reviewer how said Satan had it a little too easy early on. I though the Nephilim would play a large role than they did. I will say poor Cameron came off as a total weakling in this one.

And lastly, the ending felt slightly unfinished. Especially with the Vilma thing. What happened to the other person in that scenario? They were there (I’m purposefully not using singular pronouns for spoiler sake.)

Also, what about the humans??? How do they feel after all of this? What is the world really like? We only get a glimpse of the fighters but not the people. 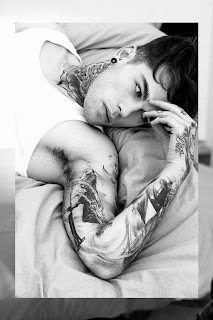 *Disclaimer - I am not the owner of this picture. I found it on the web for causal fun use on my blog for which I receive no compensation. If this picture belongs to you (you are the copyright owner) please let me know and I will remove it.
Posted by My Book Boyfriend at 2:03 PM