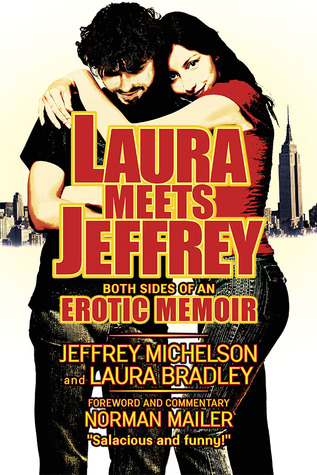 At dinner parties she’s known as a witty lingerie model and jewelry artisan, and a famous film director’s ex-lover. He’s her media wizard boyfriend, a designer discovered by John Lennon who worked for John & Yoko, Apple Records and the Rolling Stones, and then created Puritan, the world’s largest-selling explicit sex magazine. On weekends he boxes with Ryan O’Neal and Jose Torres.

The late Norman Mailer wrote the Foreword to LAURA MEETS JEFFREY and considered his famous interview with Jeffrey and Laura on “Ethics and Pornography,” excerpted as a bonus chapter in this book, one of the best of the more than 600 he gave in his lifetime. Besides bequeathing the Foreword, Mailer gave guidance to this account of two lovers, who missed none of the wild era just before the door slammed shut on sexual freedom and aren’t afraid to reveal all of it.
My Review
Not much of a non-fiction lover, this story reads like fiction. I was surprised and jealous of all the comings and goings. Jeffrey certainly lived an interesting life. One that I myself only wish I could live half of. I enjoyed taking a step in his world.
This book was a look into sex, drugs and video tapes. Scratch that, no video tapes, but damn, I would watch this movie on a loop.
I am first struck by the candor of the author whose life I’m reading. Then I’m struck by all the sex and stamina he has, and damn if I’m not jealous, needy and wanting.  But then, I’m struck by all the people he meets and befriends along the way.  He mentions a few times how when he dies, he hopes that certain playbacks would flash through his brain. And damn if I don’t blame him.
This story is compelling in truth and compelling in the telling. The author does a wonderful job at telling a story that reads like fiction because it’s not self absorbed and boisterous. It’s real and honest. I really enjoyed.
For the hours I read, I lived vicariously through Jeffrey’s eyes hoping like hell some of the magic would rub off on me.
Even if you’re like me and don’t like non-fiction, if you like the erotic, you should read this story.
To Jeffrey, I say I wised for a different ending and feel like maybe you did too.
My book boyfriend is Jeffrey. Since this is non-fiction, I won’t give an image of Jeffrey. I’ll leave you with one that speaks somewhat of the story. 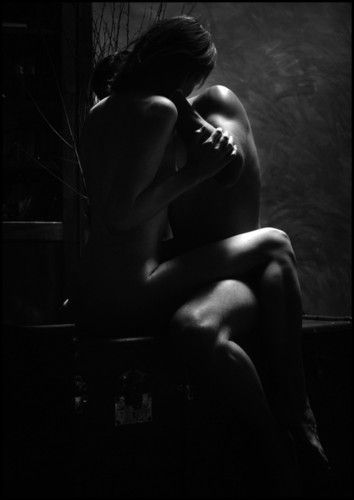