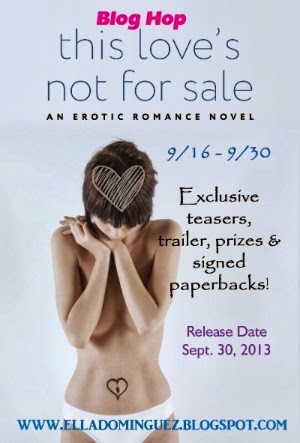 Arrogant, brutally honest and fond of bondage and discipline, Tucker McGrath demands respect in all aspects of his life. He is used to getting his way in all things and more importantly, getting and having his way with anyone that he wants. Married and divorced twice, the real estate mogul has as given up on love.

Enter Lilliana, a 30 something divorcee and dental hygienist. After inheriting a large tract of land and house from a close relative, she has relocated to an opulent area in Connecticut hoping to start her life anew, and leave her clingy ex-husband behind. Stubborn, opinionated, and impatient, she has no interest in selling her land to the money hungry vultures that have started sniffing around. She also has no interest in falling in love or being pursued by a certain attractive yet arrogant alpha male interested in her property.

Tucker, however, has other plans. Realizing that Lilliana is sitting on a real estate goldmine, he sets his sight on trying to obtain it at any cost. Even if it means deceiving her and buying his way into her heart. But Lilliana can't be bought and Tucker gets more than he bargained for when she rebuffs his financial and sexual advances at every turn.

Their chemistry and physical attraction to one another is undeniable and Lilliana has a way of bringing out the best in the usually cold and austere Tucker. Just when things are heating up and Tucker starts to fall for Lilliana, she discovers where his true motivations lie, forcing her to seek sweet revenge the only way she knows how - by giving in to his every fantasy and toying with his emotions.
Exclusive Excerpt
“Do you like horses? You seem at ease with them.” Tucker asked.

“Yes, I grew up around them. How about you?”

“Yes, me, too. Before my parent’s lost their farm, we had several worker horses. I loved riding them when I was young,” he stated pensively as if thinking back.

“It’s hard to believe that Tucker McGrath real estate mogul and playboy extraordinaire is one and the same to the Tucker McGrath who grew up helping his father on a farm,” Lilliana declared as she walked around and poked Tucker in the ribs.

“Is it really that hard to believe?”

Batting her eyelashes animatedly, she quipped, “Maybe to the untrained eye, but being as I’m a dim-witted, red-neck, I can sniff out my own kind.”

“I never suggested you were dim-witted. The red-neck part, yes, but never dim-witted,” he joked, tugging her cropped hair. “And are you suggesting I’m dim-witted?”

“You don’t know when to stop talking, do you?” he sighed.

Lilliana was hoping Tucker would shut her up the way he had twice before, with his tongue firmly planted in her mouth. One of Tucker’s eyebrows went up and the corners of his lips curled upwards, but he remained immobile.

“Excuse me?” Lilliana asked, her mind spinning in all kinds of salacious directions.

“Horseback, Lilly. Let’s not get ahead of ourselves. You’re not even sure you like me, remember?” Tucker asked sarcastically, obviously reading Lilliana’s thoughts.  “I’m haughty, arrogant, and…”

Tucker simply nodded and smiled at her, but the gleam in Tucker’s eyes made Lilliana  wonder if he was somehow keeping a tally of all the times she was being unruly.

“No, I’ve got this,” Lilliana confidently responded.

Without delay, she gripped the reins of the saddle, put her foot in the stirrup and pulled herself onto the back of the mare in one fluid motion.  Lilliana was proud of her own poise considering she hadn’t ridden in over ten years.  She looked over to Tucker, hopeful he was impressed with gracefulness as well. His slack-jaw and wide, lusty eyes gave away his awe of her and Lilliana smiled conceitedly.

“Do you need a lift?” she asked Tucker.

He chuckled and shook his head. “No, I’ve got this, too.”

Tucker moved with such agility and velocity, Lilliana had to focus on not drooling a puddle of saliva onto the poor beast’s back. His biceps bulged through his shirt when he pulled himself up and swung his leg over the horse. Lilliana had expected Tucker to saddle another horse, but instead he was now sitting directly behind her, so close their bodies melded into one.  He took the reins from her hands and gently tugged on them, making the stallion whinny and jerk its head back.

“Whoa, there, girl,” he cooed soothingly.

Tucker’s authoritative voice, the feel of his solid body pressed against her and the control he radiated was so intense, Lilliana feared she would burst into flames from internal combustion.

“Are you ready, pet?” Tucker asked, his lips right next to her ear.

Before she could answer, Tucker yanked on the leather straps and they were moving in a slow trot, their bodies bouncing in unison. Lilliana panted as the horse’s trot broke out into a brisk jog.  Tucker circled the horse around the stable and then out into a small open field.

With every click of Tucker’s tongue as he guided the stallion and tugged on the reins, Lilliana became wetter and more excited. She wondered if Tucker had any idea how damned tempting he was at that moment.

“How does it feel to have so much power between your legs, Lilly, and to be sitting atop a creature that has so much strength?”

Every word spoken from Tucker’s mouth was deliberately suggestive and sexual, and Lilliana found it utterly exasperating.

Copyright This Love’s Not for Sale, Ella Dominguez, 2013

Mark this one TO READ on Goodreads. 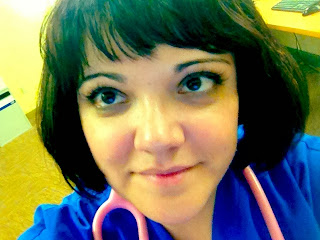 I'm a full-time mom, wifey, healthcare worker, and wanna be switch. I was born and raised in a sexually repressed, strict Christian household in the bible belt of the USA. This upbringing and repression contributed to my wicked imagination and writing has been my only outlet for my sexual fantasies. Finally at the ripe and sexually primed age of 40, I mustered up enough courage to share my naughty thoughts and put pen to paper. I sincerely hope to find my niche in writing erotica in all forms, be it romance or paranormal.


a Rafflecopter giveaway
Posted by My Book Boyfriend at 12:00 AM