Death, and the Girl He Loves (Darklight #3) by Darynda Jones 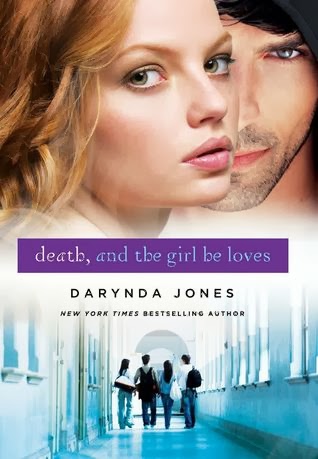 Death, and the Girl He Loves  (Darklight #3) by Darynda Jones
This is a paranormal fantasy novel (Rated PG-13)
♥♥♥♥
(Four Too Bad Hearts)
Book Summary
The fate of the world is not something a girl wants on her shoulders, and that is especially true for Lorelei McAlister. Unfortunately for her, that is exactly where the world’s fate has decided to take up residence. Lorelei has seen firsthand the horrors that lie beneath our everyday world. And those horrors are getting her friends killed. Because of this, she agrees to leave the sanctity of her hometown and is sent to a different world entirely. A boarding school. But even here she is being watched. Someone knows what she is. What she carries inside her soul. And on top of that she’s seeing visions. This is nothing new for Lorelei. But these visions are something more: death, destruction, and the end of the world. Lorelei must face the fact that there are people who want her dead, and no matter where she goes, no matter how far she runs, the lives of her friends and family are in mortal peril. Lucky for her, her friends and family include the handsome Angel of Death, a fiercely protective half-angel, and a ragtag group of loyal supporters who aren’t afraid to get a little dirty in the name of fighting pure evil.
My Review
Sorry folks, this will be a spoiler review. SPOILER REVIEW (shouty caps much, lol)
A lot of things bother me with this book. First let’s talk about the non relationship. What was up with Jared and Lorelei. He didn’t kiss her in the last book in favor of Tabitha. In this book, they barely kiss if at all, yet she often refers to him as her boyfriend. And I kept thinking did I miss something. When did he become her boyfriend? Yes, they had feeling for each other, but they barely touched or held hands. Anything that would say relationship without saying the words. I don’t need romance, but if you create one, follow through.
One of my biggest sore points in this book was we never really found out what happened between Jared and Glich at camp. (Was it his mother’s death?) I was quite confused over that point and felt cheated.
Then there was the ending which I thought was going to turn out cheesy until everyone began to remember.
Overall, it was an okay book and an okay series. The world building was great, but I think the story lacked a lot. Too bad, it had potential.
Audio Review
Lorelei King is a fabulous narrator. She knows how to deliver a line to get the most out of it. However, because the characters in this book are so similar to the leads in the Charley Davidson series which she also reads. I found myself thinking I was listening to Charley and Reyes half the time.
My book boyfriend Jared. 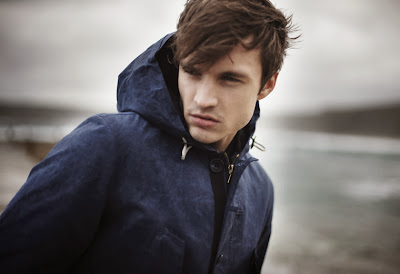