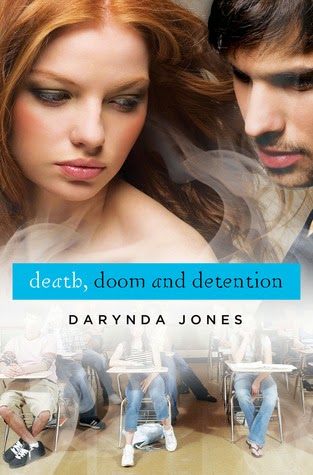 It went out with a bang.

While her best friend, Brooklyn, is focusing all of her energy on helping Lorelei hone her abilities, Lorelei is dealing with the reality that Satan’s second in command has taken up residence inside her body. Oh, and the fact that she has a crush on the Angel of Death. But what a beautiful death it is. If those weren’t bad enough, something sinister has come to town and it wants nothing more than to hear Lorelei’s dying breath as it strangles it out of her. Thank goodness the gang has a supernatural champion. But what happens when the only being who can save them switches sides midstream? How can a group of misfits capture one of the most powerful beings ever created? And will they find out how to bring Jared back to them before it’s too late?
My Review
As much as I love this author, for me this series didn’t live up to my expectations. And no, I’m not an adult fan who only picked up the YA series because I love the author. I actually read a large amount of YA. Thus, I tried to base this series on its own merits.
The problem is the characters might as well be Charley and Reyes from the author’s adult series aptly named the Charley Davidson series. This YA series lead characters read like those two leads with different names and back stories. I’m trying to say, their voice (not narrator’s voice btw) is so similar, I don’t feel any originality.
The world building is neat but is also comparable to the other series. I almost wish she’d written Charley as a YA. I might have been able to appreciate more.
And furthermore, the laughs were few and far between. And the romance with should have held much angst fell flat for two characters who are so attracted to each other.
Still, this author’s disappointing work is far better than some author’s best work (Lauren Kate’s Luce series, *coughs*) And I was still engaged in the story and it’s outcome.
Overall, if you like YA paranormal fantasy or romance, give this series a shot.
Audio Review
Lorelei King is a fabulous narrator. She knows how to deliver a line to get the most out of it. However, because the characters in this book are so similar to the leads in the Charley Davidson series which she also reads. I found myself thinking I was listening to Charley and Reyes half the time.
My book boyfriend Jared. 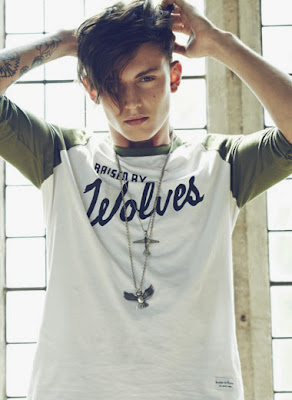 *Disclaimer - I am not the owner of this picture. I found it on the web for causal fun use on my blog for which I receive no compensation. If this picture belongs to you (you are the copyright owner) please let me know and I will remove it.
Posted by My Book Boyfriend at 6:30 PM