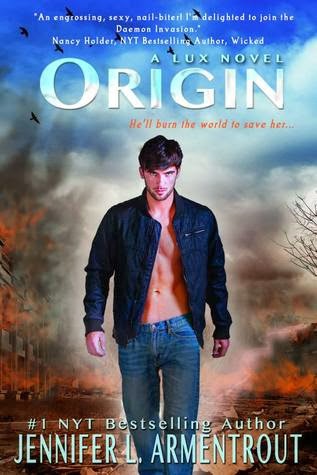 
This is a young adult paranormal romance novel (Rated NC-17)

Daemon will do anything to get Katy back.

After the successful but disastrous raid on Mount Weather, he’s facing the impossible. Katy is gone. Taken. Everything becomes about finding her. Taking out anyone who stands in his way? Done. Burning down the whole world to save her? Gladly. Exposing his alien race to the world? With pleasure.

All Katy can do is survive.

Surrounded by enemies, the only way she can come out of this is to adapt. After all, there are sides of Daedalus that don’t seem entirely crazy, but the group’s goals are frightening and the truths they speak even more disturbing. Who are the real bad guys? Daedalus? Mankind? Or the Luxen?

Together, they can face anything.

But the most dangerous foe has been there all along, and when the truths are exposed and the lies come crumbling down, which side will Daemon and Katy be standing on?

And will they even be together?

So yeah, this book kept moving form page one. I was entertained with the story. And there isn’t any doubt about the author’s imagination. I can’t believe she keeps pulling books out of her head that can keep peoples interest. But that just goes to her talent.
Now, I’m not the biggest Daemon fan (I’m an Aiden fan of JLA’s). If I were to pick someone out of this series, it would be Dawson. Daemon just rubbed me the wrong way from the start with his jerk moves. He’s shown his softer side in the last book and this one too. However, in this one, I kind of missed his snark. He just seemed a little different in this book although the reasons were clearly written.
Overall, the book ends on a note that has me wanting more. I can’t wait for the next book. The covenant series is over (*cries) so this is the only YA paranormal she has left for now. Although I think another is coming.
Audio Review
Justine Eyre and Rob Shapiro narrated in the book in alternating POVs. My biggest problem with it was that the kept pronouncing Daemon’s name DEMON not Daymon. It bugged the crap out of me. On top of that, whenever Justine spoke, I thought I was listening to the Guild Hunter series instead of a YA novel. She’s a great narrator but I don’t think this was the right project for her.
My book boyfriend Daemon. 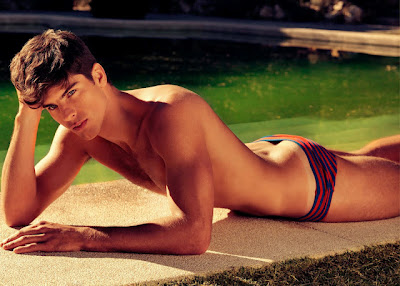 *Disclaimer - I am not the owner of this picture. I found it on the web for causal fun use on my blog for which I receive no compensation. If this picture belongs to you (you are the copyright owner) please let me know and I will remove it.
Posted by My Book Boyfriend at 9:55 AM