Ignite Me (Shatter Me #3) by Tahereh Mafi 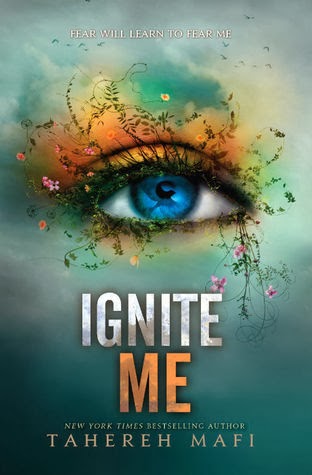 Ignite Me  (Shatter Me #3) by Tahereh Mafi
This is a young adult dystopian novel (Rated Not Sure)
♥
(One Heart and that's Generous)
Book Summary
The heart-stopping conclusion to the New York Times bestselling Shatter Me series, which Ransom Riggs, bestselling author of Miss Peregrine's Home for Peculiar Children, called "a thrilling, high-stakes saga of self-discovery and forbidden love"

Juliette now knows she may be the only one who can stop the Reestablishment. But to take them down, she'll need the help of the one person she never thought she could trust: Warner. And as they work together, Juliette will discover that everything she thought she knew-about Warner, her abilities, and even Adam-was wrong.

In Shatter Me, Tahereh Mafi created a captivating and original story that combined the best of dystopian and paranormal and was praised by Publishers Weekly as "a gripping read from an author who's not afraid to take risks." The sequel, Unravel Me, blew readers away with heart-racing twists and turns, and New York Times bestselling author Kami Garcia said it was "dangerous, sexy, romantic, and intense." Now this final book brings the series to a shocking and climactic end.
My Review

How do I hate thee let me count the ways.
SPOILERS
First let me say, I only read eleven chapters. And while I normally wouldn’t rate a book I haven't fully read, in this case I did enough spoiler research of good and bad reviews to know the leaps I make about the story and characters are true. (Adam and who Juliette chooses)
Yes, it’s true. I was team Adam the good guy. Why can’t the good guy win in a love triangle? And some of you will say that I’m only hating because Adam wasn’t chosen. That’s not true either. Let me give you a couple of examples.
Check out my reviews for the Hunger Game series. I wasn’t a Katiness fan. I was TEAM GALE. And Katiness didn’t choose him. And Peta <- misspelled, is the good guy. So see, I don’t always root for the good guy. Well, Gale was good. Anyway, I rated all the books FIVE STARS. I don’t have to like the character or love interest to read and enjoy the books.
Another example. Nightshade series. I loved Ren. Ren was the bad boy. Ah, see, the good guy doesn’t always have to win. Shay was the good guy and I knew she was going to choose him. And I was okay with that. I wasn’t however okay with killing Ren as a means to solve a love triangle.
So, I open this book and I knew Warner would be chosen. I knew based on events of the last book. However, I thought this book was interesting. I hated the author’s writing style but thought there was enough plot points that made it worth a read.
Within the first 11 chapters, not much more than a day passes. All that happens is a lot of talk. Warner starts by explaining away all the things that made him interesting. Why couldn’t he be the guy from the previous books? Hey, I’m a badass, love me or leave me. Then he could GROW as a character. Fancy concept. He could grow into a better person. No, this author explains away everything that made him a fascinating character with ridiculous explanations.
1.       The torture of the baby/toddler was a simulation. It wasn’t real. Really???
2.       The reason he didn’t want her to talk to her guards because they are all horny rapist. But no one can touch her. So what did she need protection from? I mean the author stole the character from the X-Men. She could protect herself from any rapist. This explanation was stupid.
3.       The guy Warner shot for stealing food for his family was really a bad guy. He beats his pregnant wife and kids so badly but he steals food for them. REALLY???? If he was such a bad father and husband, why did he steal the food? He could eat all the food and leave his family to starve since he cares so little for them. This was the stupidest explanation of them all.
4.       There are others but I digress.
BTW, I read all of this first hand. Why couldn’t Warner be Warner and Juliette fall for him as who he was and because he decides being bad isn’t the right way. Character growth.
So, I’m frustrated with the book because I can see the writing on the wall. And because it’s hell a boring with all the talk and no action, I can’t go further.
I decide to read the reviews so I can be prepared for what’s to come. And what do I find out. It’s the same across the board.
The author has also changed Adam into a douche? Why? So that everyone will be happy with a misunderstood Warner. So now, Warner’s good and Adam’s bad. WTF????
Why couldn’t Juliette decide and say to Adam, I’m sorry. I’m seventeen. I love you, but I’m not in love with you. I’m young. I don’t have to decide who I’m going to be with forever today or I’m young, as much as you’re a great guy and I’ll always be grateful for all you’ve done for me, I can’t be with you. Even if I wanted too, I hurt you by being with you because I’m Rogue from the X-Men. (lol about the last part)
That’s realistic. Personally, I would have been fine with Juliette with Warner because frankly I didn’t think she deserved Adam with her behavior from the last book. But instead, the author felt the need to justify Juliette’s decision with character assignations of both Warner and Adam. She might as well have left Adam dead.
She certainly didn’t give a message on how to establish healthy relationships. I read spoilers that Adam didn’t get closure. Instead, she made him an asshole as justification.


So in conclusion, the author does a lobotomy on her characters switching them in other bodies in order to justify her conclusions.
1.       Juliette who spends about a half a second morning her friends after thinking they are dead before she starts mooning over Warner and completely forgetting everyone else. Somehow she becomes a strong, capable leader(ADAM) after that half a second of morning.


2.       Adam needed to be removed as a potential suitor for Juliette. So the author erases everything we know about him and makes him into a complete asshole (Warner).


3.       Warner the manipulative likable villain becomes a needy misunderstood character (Juliette). He has daddy and mommy issues. And cue in the violin for his story. Sorry, I didn’t shed a tear. It was all too contrived to be believed.
And with that, I got a refund on this book. And I can’t recommend this series. It’s an unhealthy read. I won’t read anything more from this author either. There are just too many good authors to read rubbish.
Try Under The Never Sky by Veronica ROSSI for a good YA dystopian.
Audio Review
Kate Simses does a great job at narration.
My book boyfriend Adam whom I didn’t read in this story, so he’s still the wonderful Adam he was in the previous books. 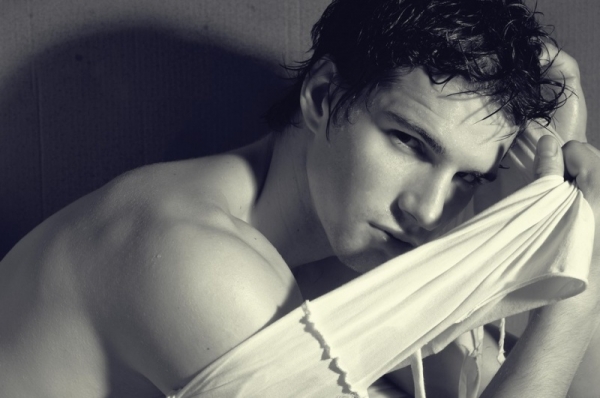 *Disclaimer - I am not the owner of this picture. I found it on the web for causal fun use on my blog for which I receive no compensation. If this picture belongs to you (you are the copyright owner) please let me know and I will remove it.
Posted by My Book Boyfriend at 4:17 AM