Dust to Dust: A Novel (Kovac and Liska #2) by Tami Hoag 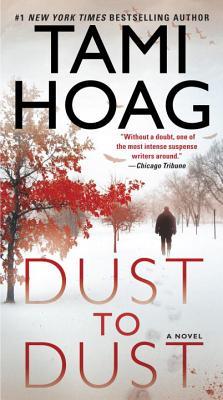 Dust to Dust: A Novel (Kovac and Liska #2) by Tami Hoag

This is an adult mystery/crime/thriller novel (Rated R)

Sorry. The single word is written on a mirror. In front of it hangs a Minneapolis Internal Affairs cop. Was it suicide? Or a kinky act turned tragic?

Either way, it wasn’t murder. At least not according to the powers that be. But veteran homicide detective Sam Kovac and his wisecracking, ambitious partner, Nikki Liska, think differently. Together they begin to dig at the too-neat edges of the young cop’s death, uncovering one motive—and one suspect—after another. The cloud of suspicion falls not only on the city’s elite, but over the very heart of the police department. Someone wants the case closed—quickly and forever. But even with their careers and their lives on the line, neither Kovac nor Liska will give up. As they unearth a connection between a two-month-old murder case and one that has been closed for twenty years, they find themselves chasing a killer who will stop at nothing to keep a dark and shattering secret.

I’m fast becoming a fan of Tami Hoag. I’d like to read more about these two cops. They are really well fleshed out. And after checking a few reviews, the first book in this series really didn’t focus much on them. So I’m not missing much.

This was a tough subject. I think the author could have done without several pop culture references that dated the book unnecessarily, like the mention of Rene Russo, who isn’t a big actress nowadays. There were several others. Without that, I wouldn’t have put it together this book was written so long ago.

Even though this book is about gay bashing and slightly about keeping in the closet, it still happens today. Thankfully, more and more people don’t feel the need to hide who they are.
There were several times in the story I wish the author had made different choices for certain characters because I felt bad for them. And this is a good thing because these are fictional people not human.

However, early on I decided the whos and the whats and was right. It was a little too obvious for me. I hope that future novels I read by this author aren’t so easily figured out.

I’m enmeshed in the lives of these two cops. I want them to have a HEA, so I’ll be reading on.

Audio Review
David Colacci did a good job at narration. The female narration wasn’t bad either. I didn’t have a hard trouble following all the different characters. 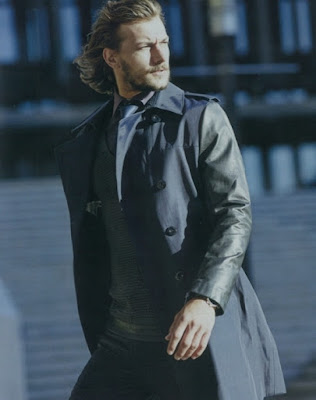 *Disclaimer - I am not the owner of this picture. I found it on the web for causal fun use on my blog for which I receive no compensation. If this picture belongs to you (you are the copyright owner) please let me know and I will remove it.
Posted by My Book Boyfriend at 5:05 AM