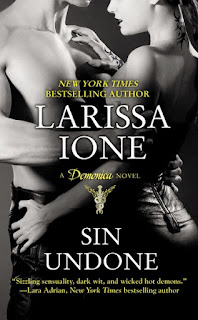 HER TOUCH IS DEADLY As the only female Seminus demon ever born, master assassin Sinead Donnelly is used to being treated like an outcast. She spent decades enslaved, and now vows she'll die before she'll relinquish her freedom again. Then Sin's innate ability to kill her enemies goes awry: She creates a lethal new werewolf virus that sparks a firestorm of panic and violence. HIS HUNGER

CAN'T BE DENIED Half-werewolf, half-vampire Conall Dearghul is charged with bringing in Sin to face punishment for the plague. And she's no stranger: He's bound to her by blood, and the one sexual encounter they shared has left him hungering for her raw sensuality. Worse, Sin is the underworld's most wanted and Con soon learns he's the only one who can help her . . . and that saving her life might mean sacrificing his own.

This book takes us a lot of places, physically and emotionally. Several things are happening, which is typical in her books. However, I think more so in this one.

We learn more about Larrisa Ione’s world of creatures. Her mythology just works for this series. And wait until you read about the village. I won’t say more but darn it, it gets super hot. But what do you expect with a series that has a succubus in it.

My only wish is that we would have gotten more about Luke. More about the brothers, especially my favorite Eidelon. He’s in there, but I have high hopes for his future and wouldn’t have minded getting more about him. Got to love Shade and Wraith too. I won’t forget Lore, but he was just in the last book.

So, I am looking forward to the spin off with the Lord of Deliverance series.  War, one of the four horseman, sounds super hot!

Audio Review
Okay, I wasn’t a fan of Ava Camille Edwards narration. She isn’t a terrible narrator, but the guys didn’t sound much like guys to me. And such a sexy book needed a touch of “guyness” in it. It was okay. Larissa’s writing compensated. I didn’t hate it, but it wasn’t the best either. 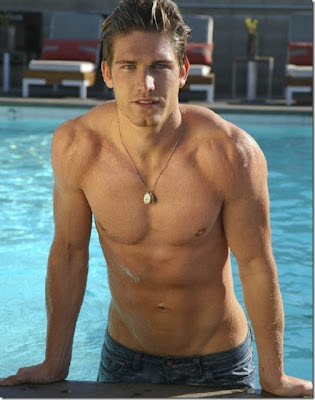 View all my reviews
Posted by My Book Boyfriend at 8:28 PM