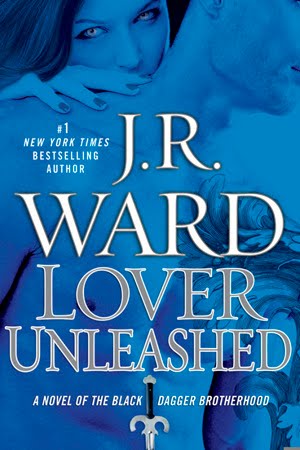 Payne, twin sister of Vishous, is cut from the same dark, warrior cloth as her brother: A fighter by nature, and a maverick when it comes to the traditional role of Chosen females, there is no place for her on the Far Side… and no role for her on the front lines of the war, either.

When she suffers a paralyzing injury, human surgeon Dr. Manuel Manello is called in to treat her as only he can- and he soon gets sucked into her dangerous, secret world. Although he never before believed in things that go bump in the night- like vampires- he finds himself more than willing to be seduced by the powerful female who marks both his body and his soul.

Where do I begin with this one? First let me say that my rating doesn’t reflect the entertainment value of the story. In fact, it may be one of the better books in the series that I’ve listened to. So why the rating? I can’t give a rating without spoilers. So if you haven’t read, don’t read on.

Why was this a good book and I gave it a lower rating? Flat out, originality.  Check this out. There are a few books and maybe more out there that sound a lot like other popular books. Some of that is unintentional and others maybe me a little more intention. What about when an authors rips off her own work. Yeah, you heard me right. It’s like the author went and picked out the better scenerios in previous books and reused them to write this one. (Yeah, but I still love her and encourge you to read this fantastic series, but I have to keep it real.)

Why does Jose new partner Vex sound a lot like Butch? Okay, she even makes a point to show the reader that this is the case. But when you add all the other stuff, it’s just too much.

Quinn is now the outcast taking John Matthews place. He’s isolating himself and not having sex sound familiar? Hmmm.

Manny gets accepted in the brotherhood and will work with guess who Jane. Jane is V mate and Manny’s friend. Payne is Manny’s mate and V’s sister. All in the family same storyline.

Oh, look Payne is following in Bella’s footsteps. Captured, yet she is strong. Okay, she got herself out of trouble but I’m saying, no new story ideas.

And here is the worst offender. V has become Zhadist and Butch became Phurry. Can you say, V needed to be beaten to be okay. So it’s not totally the same, but V got the lessors to beat him up to be numb. He set Butch up to give him pain release. Butch hated it and needed to get drunk afterwards like Phurry used drugs to get over what Z made him do.

But all together, if this wasn’t a re-run of other events, I might have thought this was the best of the books in the series. But I couldn’t overlook that no new ideas came out of this one.

Oh, Score and the crew. But we were almost out of brothers and extras to make a new book about. It was necessary to bring in new vampires to continue the story if she’s going to go that route. So that line didn’t feel fresh either.

One of the best things out of this book was that V and Jane had problems with their happily ever after. Isn’t that realism at its best? Most people who are in love stroll off in the sunset without future conflict. Great job there.

My hope is that Layla will get with Throw. I listened to this one, so I may not have all the spellings correct. Forgive me.

Overall, I liked it, lol. I did. So if you are into this series, read it.

Audio Review
The same narrator, Jim Frangione is used. What I can say is that he did a solid job. I don’t have any problem keeping up with the voices he uses for the different characters even though some don’t vary that much. So I'm not calling for a change of guy, lol.

My book boyfriend Vishous. (see the sun thing, he's on the other side not in the human realm, lol or better still this is back in the time with his dad with the whole warrior thing going.) 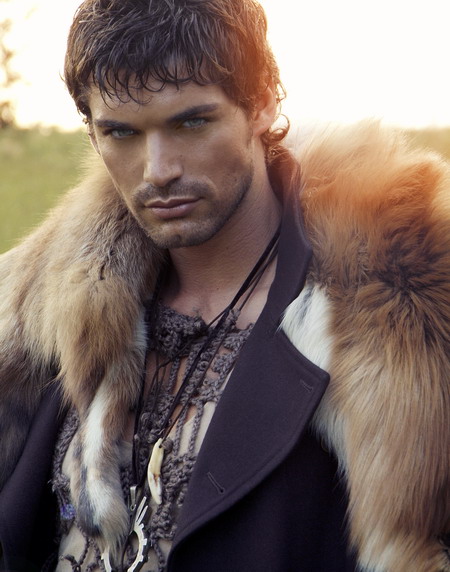