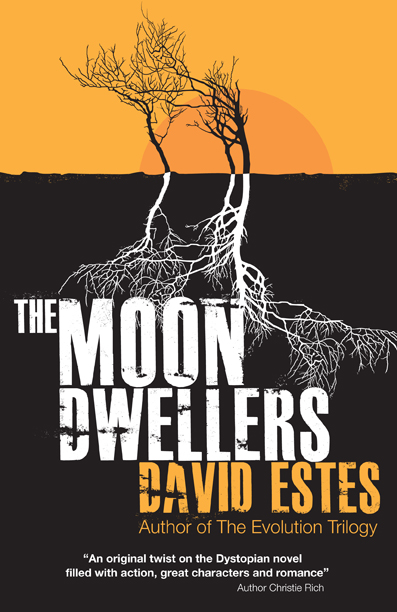 Okay guys, I've had the opportunity to read this one and I loved it. And I mean that. If you like dystopian novels like Hunger Games, Blood Red Road, Delirium and Divergent, you will most likely love this one too.

In a desperate attempt to escape destruction decades earlier, humankind was forced underground, into the depths of the earth, creating a new society called the Tri-Realms.

After her parents and sister are abducted by the Enforcers, seventeen-year-old Adele, a member of the middle-class moon dwellers, is unjustly sentenced to life in prison for her parents' crimes of treason.

Against all odds, Adele must escape from the Pen and find her family, while being hunted by a deranged, killing machine named Rivet, who works for the President. She is helped by two other inmates, Tawni and Cole, each of whom have dark secrets that are better left undiscovered. Other than her friends, the only thing she has going for her is a wicked roundhouse kick and two fists that have been well-trained for combat by her father.

At the other end of the social spectrum is Tristan, the son of the President and a sun dweller. His mother is gone. He hates his father. Backed by only his servant and best friend, Roc, he leaves his lavish lifestyle in the Sun Realm, seeking to make something good out of his troubled life.

When a war breaks out within the Tri-Realms, Tristan is thrust into the middle of a conflict that seems to mysteriously follow Adele as she seeks to find her family and uncover her parents true past.

Early praise for The Moon Dwellers

“Once again, David Estes has put an original twist to a popular theme. Moon Dwellers is a action, great characters and romance.” Author Christie Rich

“You can't pigeonhole this YA fiction into one specific genre. It tragedy, romance, and suspense all rolled into one magnificent story by author David Estes.” Laurie Love, Goodreads

“This was a fabulous work of art appropriate for all ages. I am eagerly awaiting the in fantastical world from the amazingly creative David Estes.” Nicole Marie, Goodreads

“An emotional rollercoaster that had me crying and gave me goose pumps more times than I’m willing to accept.” Karla Book Addict, Goodreads

Early praise for the author

“David Estes you are a genius! This book kept me on the edge of my seat. I felt such intense emotion to the main characters and their cause.” Tina Donelly Goodreads

“Another fantastic book by David Estes that had me gripped.” Adele, Goodreads

When will this book be released? you asked. JUNE 30th Make sure you check this one out!

David Estes was born in El Paso, Texas but moved to Pittsburgh, Pennsylvania when he was very young. He grew up in Pittsburgh and then went to Penn State for college. Eventually moved to Sydney, Australia where he met his wife. A reader all his life, he began writing novels for the children's and YA markets in 2010. He´s a writer with OCD, a love of dancing and singing (but only when no one is looking or listening), a mad-skilled ping-pong player, and prefers writing at the swimming pool to writing at a table

Posted by My Book Boyfriend at 3:53 AM