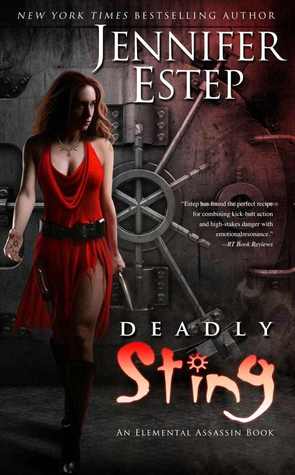 Deadly Sting (Elemental Assassin #8) ~ Jennifer Estep
This is an adult urban fantasy novel (Rated R)
♥♥♥1/2
(Three Stinging Hearts)
Book Summay
Red is definitely my color. Good thing, because in my line of work, I end up wearing it a lot.

Most people shy away from blood, but for an assassin like me— Gin Blanco, aka the Spider—it’s just part of the job. Still, it would be nice to get a night off, especially when I’m attending the biggest gala event of the summer at Briartop, Ashland’s fanciest art museum. But it’s just not meant to be. For this exhibition of my late nemesis’s priceless possessions is not only the place to be seen, but the place to be robbed and taken hostage at gunpoint as well. No sooner did I get my champagne than a bunch of the unluckiest thieves ever burst into the museum and started looting the place.

Unlucky why? Because I brought along a couple of knives in addition to my killer dress. Add these to my Ice and Stone magic, and nothing makes me happier than showing the bad guys why red really is my color.
My Review
First off let me say that this isn’t a bad book. My rating is purely emotional and not totally based on writing and plot per se.
If you’ve read this series, I was really into Donovan. Then he was taken away. It took me until two book ago to really get over him. I just thought there was real passion in that relationship. Too bad…
Then Owen decided to make a move. He wasn’t the passionate guy Donovan was but I grew to like him. So then, last book Owen took a dick turn, I couldn’t believe it. How he acted was so out of character. Still, I’d grown to like him.
So of course I was hoping for resolution in this book….
Then there was the plot. Most of this book takes place in one day. Honestly, that’s tough to do and well. Only because honestly, every minute of one day typically isn’t all that exciting.
The other thing that bothered me was when the girl in the red dress died. It took Gin way too long to figure out why she was killed. I mean it was so obvious to me it annoyed me that Gin the ‘mighty spider’ wouldn’t see it.
Still, it was worth a read except at the end. And honestly, unlike Donavan, I’m ready for Gin to move on. There are other fish in the sea.
Audio Book
Lauren Fortgang is awesome. I mean she does the best reading for this book. If I’d dreamed up Gin’s voice and cadence, it would be this. I can only hope she continues.
My book boyfriend Finn. 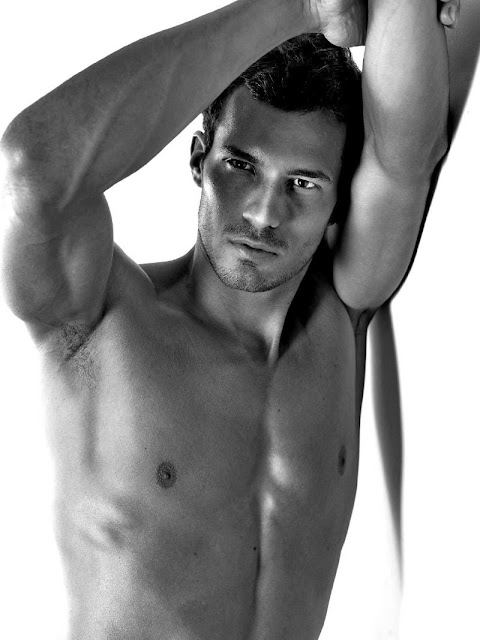 *Disclaimer - I am not the owner of this picture. I found it on the web for causal fun use on my blog for which I receive no compensation. If this picture belongs to you (you are the copyright owner) please let me know and I will remove it.
Posted by My Book Boyfriend at 6:59 AM