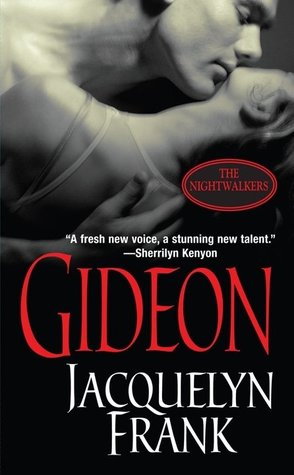 Gideon (Nightwalkers #2) by Jacquelyn Frank
This is an adult paranormal romance novel (Rated NC-17)
♥♥♥♥
(Four Demon Hearts)
Book Summary
They're called the Nightwalkers--proud, ancient beings who live in the shadows, existing just beyond the human world. But there are also dangerous humans who hunt them--necromancers who use the blackest magic to manipulate them. And for a Demon named Gideon, the battle against these evil forces will soon be all too personal...

AS A HEALER, HE KNOWS HER BODY. BUT IT'S HER HEART HE WANTS.

For a thousand years, Gideon has healed his people. And as the oldest surviving male of his race, his wisdom has always been respected without question. But Gideon knows that even he is vulnerable to the powerful, primitive desires that befall his kind during Hallowed moons--and nine years ago that truth was hammered home when he found himself claiming Magdalegna, the Demon King's sister, in a wild embrace. Horrified by his lack of control, he left her wanting and furious--and then exiled himself for the better part of a decade. Now, with necromancers threatening his people--and Magdalegna nearly their victim--Gideon must face another truth. He and the beautiful, stubborn Magdalegna are destined to be together, to share a love as deep and old as time itself. But first he needs to regain her trust. Then he'll have to save her life...

Every night holds secrets.
My Review
So because I loved the first book I jumped into this one. And it wasn’t’ a bad read. I did enjoy it, just not as much as the last.
I found that the story line surrounding the couple a bit predictable. However, it was still sexy as all hell. I also thought a fair amount of time was spent building up future books.
On a good note, all the characters were involved in ways. I like that. I hate when character involved in a world drop off the face of the earth when the next book comes along. And don’t get me wrong. I never felt like it was Jacob’s book again. However, as an integral part in the world, it would be odd for him not be involved somehow. So great job there.
Audio Review
Xe Sands did a good job. However, in this one, I found that all the men sounded a lot like Jacob from the first book. Especially Gideon and Jacob. Because Jacob was in the book, I sometimes didn’t know who was doing the talking. And the females sound the same. The human sound like NYer's and the other females have a distinctive asian accent. You can not tell the difference without paying close attention to what is going on.
Overall, I enjoyed.
My book boyfriend Gideon. (ignore him not having long silvery hair,lol) 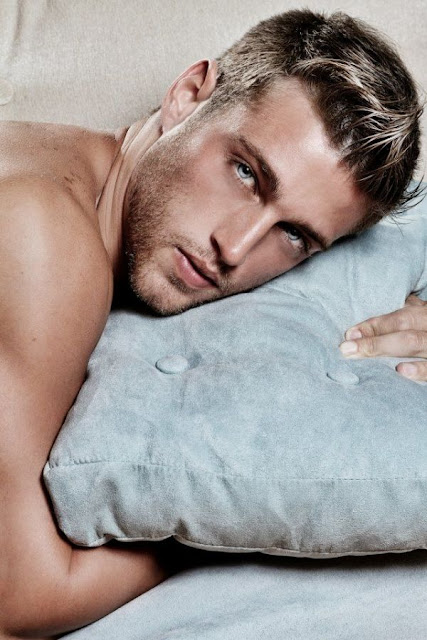