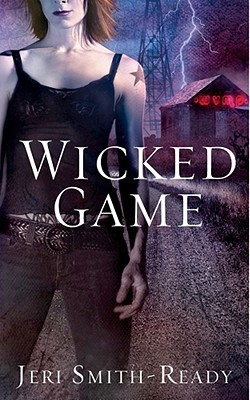 LATE NIGHT RADIO YOU CAN SINK YOUR TEETH INTO

Recovering con artist Ciara Griffin is trying to live the straight life, even if it means finding a (shudder!) real job. She takes an internship at a local radio station, whose late-night time-warp format features 1940s blues, '60s psychedelia, '80s goth, and more, all with an uncannily authentic flair. Ciara soon discovers just how the DJs maintain their cred: they're vampires, stuck forever in the eras in which they were turned.

Ciara's first instinct, as always, is to cut and run. But communications giant Skywave wants to buy WVMP and turn it into just another hit-playing clone. Without the station — and the link it provides to their original Life Times — the vampires would "fade," becoming little more than mindless ghosts of the past. Suddenly a routine corporate takeover is a matter of life and undeath.

To boost ratings and save the lives of her strange new friends, Ciara rebrands the station as "WVMP, the Lifeblood of Rock 'n' Roll." In the ultimate con, she hides the DJs' vampire nature in plain sight, disguising the bloody truth as a marketing gimmick. WVMP becomes the hottest thing around — next to Ciara's complicated affair with grunge vamp Shane McAllister. But the "gimmick" enrages a posse of ancient and powerful vampires who aren't so eager to be brought into the light. Soon the stakes are higher — and the perils graver — than any con game Ciara's ever played...

I actually read this in paperback form. I don’t often these days. I love the author’s YA series Shade, so when the publisher sent me book 4 of the series, I had to pick up Books 1-3. And honestly, it was cheaper or just the same to get paperbacks, so that’s what I did.
I was really interested in the first chapters. I liked how everything unfolded even if I did figure on what was going on. However, the first half was really cheeky. Not overly funny but it almost seemed like a parody. The second half of the book was a lot better after everything was established and we got into the nitty gritty of the story.
Characters – I love that Ciara isn’t a saint. That goodness someone has the balls to make a character who has something to build on beside courage and coming into powers. This girl is a con artist. Sweet. Secondly, I’m whole heartily in love with Shane. The other reason I really like this story is that he did what he had to do and not in a bad boy way, but in a survival way. And when he falls for the girl, he also doesn’t go soft on me. Two positives.
The plot was a little strained in the beginning. I wasn’t sure if it was supposed to be funny or snarky. But it came off a little cheeky. However, it gets better and I’m so looking forward to reading more in this series. I trust this author and I know she will bring something great.
Overall, pick this one up. I enjoyed.
My book boyfriend Shane.