Seduced by Three by Sylvia Ryan 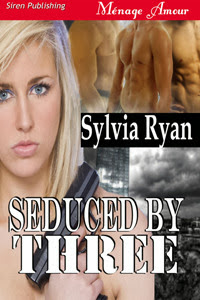 Over time, each man succeeded in seducing Grace. And before long, all three wanted her for himself alone. Animosity inside the shelter grew unbearable until Grace finally resolved to end it once and for all… and simply vanished without a trace.

It took months for the men to eventually realize that Grace had left them willingly. When they did, hostilities flared between them again. They fought each other, and then fought together to muddle through the complexities of sex, love and their own egos to forge an arrangement that could make them all happy. 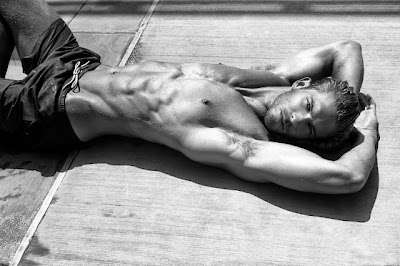 *Disclaimer - I am not the owner of this picture. I found it on the web for causal fun use on my blog for which I receive no compensation. If this picture belongs to you (you are the copyright owner) please let me know and I will remove it.
Posted by My Book Boyfriend at 7:03 AM