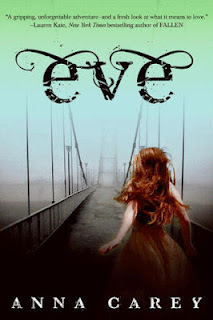 this is a young adult dystopian novel. (Rated PG)

The year is 2032, sixteen years after a deadly virus—and the vaccine intended to protect against it—wiped out most of the earth’s population. The night before eighteen-year-old Eve’s graduation from her all-girls school she discovers what really happens to new graduates, and the horrifying fate that awaits her.

Fleeing the only home she’s ever known, Eve sets off on a long, treacherous journey, searching for a place she can survive. Along the way she encounters Caleb, a rough, rebellious boy living in the wild. Separated from men her whole life, Eve has been taught to fear them, but Caleb slowly wins her trust...and her heart. He promises to protect her, but when soldiers begin hunting them, Eve must choose between true love and her life.

The first almost two thirds of this book was not so good. I’m not sure how to put it. But I didn’t really enjoy it much. The writing wasn’t bad. I can’t say exactly what it was.

Characters – Eva, our heroine, or something that doesn’t resemble it was well developed. Too bad I didn’t like her very much. She was naïve, stupid, and selfish. The first two I could overlook. There were plenty of reasons for why she was that way. However, the last is unforgivable. It begins with a decision she makes at the very beginning. And it goes from there. But I don’t have to like the main character to enjoy the story.

For those readers who like strong female leads, this is not the book for you. Just be warned.

As far as the plotline goes, it gets better once she meets peter pan and the lost boys. That is code of course for those that have read the story. But Eve continues her journey down the stupidom, a hole mirroring Alice in Wonderland.

As frustrating as it was to listen to the book, I was strangely drawn to the outcome. There was one person that made the story interesting.

Tavia Gilbert is better known to me as the narrator of the Night Huntress series. And she didn’t disappoint in this series. In fact I think she helped keep me interested. Her voices were spot on how I would expect to hear them. Again, I was able to discern all the characters. Great job.

My book boyfriend is Caleb.  If you want to know why I picked this guy, you'll have to read the story. 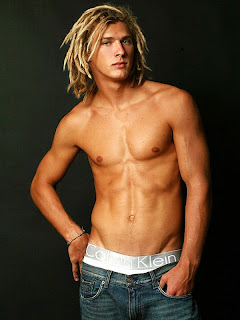