The Scarlet Dagger (The Red Sector Chronicles #1) by Krystle Jones 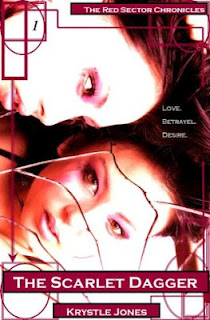 This is a young adult dystopian/paranomal fantasy novel (Rate PG)

The strength of Sloane’s heart is about to be put to the ultimate test.

After the Eclipse – the night vampires began openly slaughtering human victims – everything changed. Out of fear, the government salvaged what remained of the human population and enclosed them in massive, security-laden cities called White Sectors, while marking the vampire infested territory as Red Sectors.

When seventeen-year-old Sloane McAllister’s twin brother disappears, she seems to be the only one who thinks he isn’t dead, and vows to stop at nothing to find him. Gathering her courage, she braves the Red Sector to search for clues to his whereabouts. By chance, she encounters Aden, a handsome, charismatic vampire with a hidden agenda. He turns Sloane against her will, and whisks her away to his underground city. Enemies quickly become friends as Sloane struggles against her attraction to Aden, and resists her growing loyalties to the creatures that ruined her life. But the vampires themselves are the least of her problems. The city is harboring a devastating secret, one that could change the tide of the war and threaten to destroy everything Sloane has come to believe in.

There are a lot of great indie authors. Long gone is the notion that indie authors were somehow inferior because they weren’t backed by the big boys. Some traditional publishers have to be kicking themselves for missing talents like E.L. James and Amanda Hockings.

Here is another fine example of a talented writer whose story is better than some books you find in mainstream bookstores.

Vampires, I love them. I’ve read everything from the classic vampire story to ones that sparkle, ones that don’t need blood, to ones like this. What is this.? Well I can’t tell you because that would spoil the fun. But I like to say that this story is a mix of dystopian and paranormal. Nice, right. Yes.

Okay, characters. Sloan is a tough girl in a tough situation. Instead of seeing a weak girl become strong. We dive into a story where a strong girl becomes vulnerable. Notice I didn’t say weak, because she was never weak.

The storyline simply put without giving much away is predator becomes prey and learns what that means and how that will change her life.

There are twists in the story that in passing may have crossed my mind, but with all that was going on, there was enough distraction to keep me guessing.

Do I recommend? Do I recommend, yes. I like this one a lot. So much I went looking for the sequel.  :(  It’s not out yet. No, the cliffhanger wasn’t terrible, but it did make you want more. 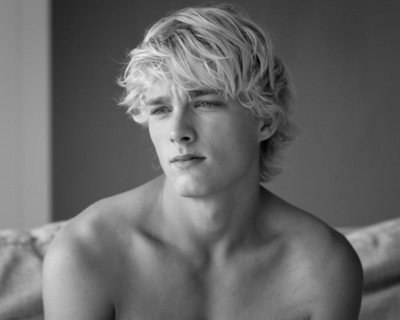