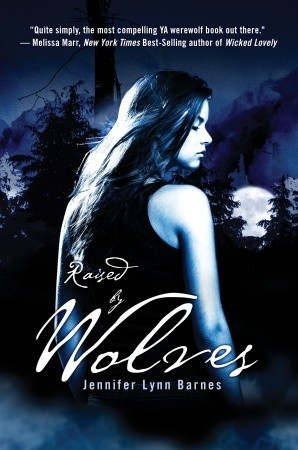 Raised by Wolves (Raised by Wolves #1) by Jennifer Lynn Barnes
This is a young adult parnanormal fantasy novel (Rated PG)
♥♥1/2
(Two and a Half Stars)
Book Summary
Adopted by the Alpha of a werewolf pack after a rogue wolf brutally killed her parents right before her eyes, fifteen-year-old Bryn knows only pack life, and the rigid social hierarchy that controls it. That doesn't mean that she's averse to breaking a rule or two.

But when her curiosity gets the better of her and she discovers Chase, a new teen locked in a cage in her guardian's basement, and witnesses him turn into a wolf before her eyes, the horrific memories of her parents' murders return. Bryn becomes obsessed with getting her questions answered, and Chase is the only one who can provide the information she needs.

But in her drive to find the truth, will Bryn push too far beyond the constraints of the pack, forcing her to leave behind her friends, her family, and the identity that she's shaped?
My Review
This WILL NOT be a SPOILER FREE review.
Quick and spoiler free review….
I wanted to like this book.  I hadn’t read the summary, I went in blind.  If you ignore all the glaring plot holes, there is an undertow of potential that keeps you sucked in when you’re reaching for perches to get yourself out.  Too bad the plot holes are many.
Now Full Review that includes SPOILERS (ALERT)
The good thing about this story is the premise.  It was idea that kept me reading and not giving up.  Then for once, the insta love is handled well in the world building to explain it away. Woohoo!
However, the promise of the story hit a stumbling block or rather fell into pot holes a plenty along the way.
Where to even begin, I guess I just enumerate the many transgressions of the story.
Beside this, the story is a little flat for the first 45%.  When it starts to get interesting, we are pulled off the metaphorical reservation and plopped some place new.  We meet characters who don’t really add to the story and it’s boring again.  About the 75% mark, things pick up.  We are finally given answers we’ve been frustrated about for the majority of the book. I’m okay with having information with held.  I should be curious though to find out, not frustrated.
Still, there is that undertow that kept me reading.  So I’ll read the next one because all of this won’t be apart of the story. I’ll just have to swallow what I’ve been fed and hope the next book is a whole lot better.
Audio Review
Eileen Stevens did a decent job of narrating.  The acting was good.  The voices were okay.  All her male voices sounded pretty much the same.  Thankfully, her male voice is pretty good.  Other than that, I was able to follow along well enough.
Overall, would I recommend?  The jury is still out.  I’ll see from the next book.
My book boyfriends are Callum and Chase. (I listen via audio and I can't find their appearence.  So I'm going off a a feeling I got while listening that they looked like.)
Callum 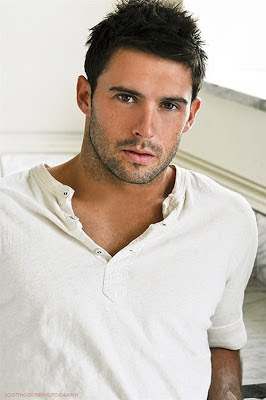 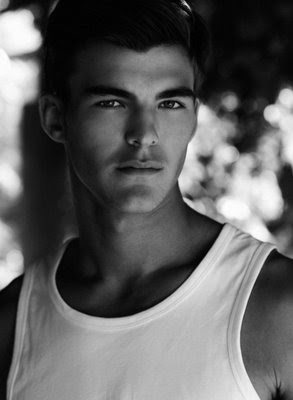