EXCERPT, INTERVIEW< GIVEAWAY!!!! WHAT MORE DO YOU GUYS WANT! 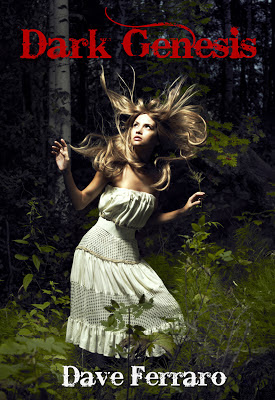 I love the cover!!!!
Book Blurb...
Alyssa opened her eyes to darkness. And in the first flash of light provided by a gathering storm, she could make out a ring of bodies surrounding her.

With no memory of who she is, Alyssa stumbles into a dark world populated by witches. The witches are powerful, and demonstrate frightening powers, but even more terrifying are the monsters who rule over the land. Vampires, werewolves and other awful creatures of the night have taken over, forcing the witches behind stone walls, afraid to venture outdoors. But Alyssa finds that as she kills certain monsters, memories return to her, memories of a life on Earth, and the boy she left behind.

The quest to collect her memories and piece together the puzzle of what has happened to her is a daunting one, with betrayals and sacrifices every step of the way. But Alyssa is determined to fight for a world that is not her own, destroying powerful monsters along the way, so that she can return home to the boy she is coming to love through the memories she recollects.
Excerpt
Alyssa couldn’t help but smile as she approached the water’s edge. The pool looked so inviting, so crystal clear that she could see the rocky bottom. She quickly slipped out of her clothes and waded into the water, trying to ignore the cold caress of the water as she plunged in.
A contented sigh escaped her as she ducked her head beneath the water and scrubbed at her skin. She could have gone for a bar of soap or a lufa, but just the feeling of being clean was nice in itself. Working out the snarls in her hair, she admired her surroundings and felt at ease for the first time in days. With no one around watching her, she let her guard drop and she splashed around in the water playfully, letting out a laugh as she accidentally splashed herself full in the face.
She heard a loud splash behind her, and turned toward the direction of the falls. She instantly stilled, wading in the water as she watched the falls relentlessly buffet the water below. She couldn’t hear anything over the noise it made, and after no one surfaced after a minute, she presumed the noise she’d heard had been from herself, especially since she saw nothing beneath the water. She kept a wary eye out however. One of the girls could have easily followed her and snuck in to watch her. She thought about the shadow she’d seen in the woods and shuddered. She really didn’t know this world well at all. Perhaps there were dangers that she knew nothing about. Glancing over at her pile of clothes on the shore, she decided that she’d wasted enough time, and began to make her way back.
The first thing she felt was a little nudge by her foot, and she thought that she’d perhaps scraped the bottom of the water. She continued along without another thought until she felt a tug. The next thing she knew, she was under the surface, something pulling her relentlessly to the bottom and dragging her back toward the falls.
Alyssa kicked out in response and landed on something solid, but whatever it was wasn’t deterred by her whatsoever.
Blinking her eyes, she let her eyes adjust as she tried to calm down. Panicking wouldn’t help, but would cause her to waste air and lose consciousness for…whatever it was that had hold of her.
She’d seen enough horror movies to equate what she saw with The Creature From the Black Lagoon. It was some sort of fish creature, with light gray scales covering its body, allowing it to blend in with the pool floor, and large slits for lungs on either side of its neck. Its eyes looked back at her blankly, large black pools with a thin membrane covering them, but cold and emotionless…like a fish.
Gathering herself for an attack, she went limp for a moment, relaxing her muscles and letting the water wash over her, then she tucked in and pounced toward the creature. But she was moving much too slowly under the water, and the creature saw her coming. It adjusted its position to avoid her and continued towing her.
By this time, Alyssa’s lungs were protesting fiercely, demanding oxygen in burning waves that she could hardly ignore much longer. She fought every instinct in her body to open her mouth and breathe, keeping tight lipped and trying frantically to come up with another option.
Through the turbulent water at the base of the waterfall, Alyssa spied a hole in the rock wall, and she had little doubt that that was where the creature had come from, and where it was going to take her, probably for dinner.
A fish eating me, she thought wildly. What kind of a world was this?
She made one last attempt at freeing herself, twisting her body to get her free foot around the creature’s neck. But again, she was too slow, and this was his territory. He swatted her leg away and righted her body with little effort, demonstrating remarkable strength.
Interview
1. What was your inspiration for this story?
There are a lot of cool magical practices that I've read about over the years, like astral projection, using runes, utilizing familiars, reading the future with tarot cards, that sort of thing. So I thought that it would be cool to have a world of witches, seperated into covens that sort of specialize in a certain power. And years ago, my boyfriend and I talked about creating a comic books about a group of people who travel to another world, ruled by monsters, so I sort of merged the two ideas into this really cool story.


2. What is your current project you are working on?
I write a series of urban fantasy books called "Hunters of the Dark," and I'm currently working on the fifth installment. "Hunters of the Dark" is a series I've been working on for over a decade, and it's near and dear to my heart, so I'll probably be writing books about these monster hunters until I die. I have lots to tell! In this new book, the hunters will be traveling to Egypt and will learn the origin of shape-shifters.


3. Will you have any more releases this year?
Yes! The fifth "Hunters of the Dark" book will be out later this year. I wish I could give you a title, but it actually stresses me out to come up with a title, and it tends to be the last thing I do with a book, after I'm done writing and editing. I also have a book that I wrote years ago that I'm going to do a rewrite of, a traditional fantasy called "The Girl Who Fell From the Sky," that I would like to release this year as well.


4. What is your favorite thing about writing?
I really like the process of piecing together a story, filling the characters with life, and building the world they maneuver through. I often run scenes through my head over and over, getting the dialogue and details down, before I put it down in writing. So, I guess I like creating something from nothing the best. I have a lot of ideas, and getting them all out is just a lot of fun!


5. What is the one thing you want people to know about you?
That I'm very passionate about my writing, and take all feedback and criticism to heart. I welcome comments and anything people want to let me know about their experience reading my books. I strive to write a better story with every book I put out there!

Thanks, Terri! It was a lot of fun answering your questions! :)

a Rafflecopter giveaway
Posted by My Book Boyfriend at 12:00 AM