OKAY, not my giveaway. But I'm the caring sort and going to share becasue I'm too lazy to write a review today. It's snowing.

So, one of my favorite authors is giving away an iPad mini for just reading and reviewing at least one of her books. It's just that simple. She gave me the green light to post this on my page.

She's an author with something from everyone. YA and Adult.

You want YA contemporary romance. 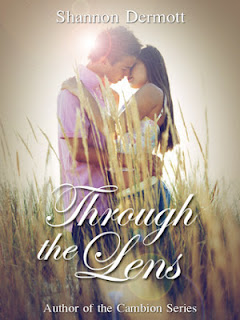 Through the Lens by Shannon Dermott
Being a twin isn’t all that bad, nor is it all that good. Being the fat twin makes things a little worse. Seventeen year old, Jessa Shelby has been all but ignored. Trimmed down, but not skinny like her sister, she has decided to make her mark in her final year in high school.

Things begin anew the summer before her senior year when she makes friends with Ethan Hart, a boy with a twisted past, and Allie, his near celebrity status girlfriend, while taking pictures with her new prized possession. Hanging out with them opened her eyes to a lot of new possibilities including Josh Macon, whom she’s secretly crushed on all through high school. No longer the ‘fat girl’, Josh now seems interested in her too.

Long before the day comes to graduate, Jessa finds herself gasping for air. With her vision clouded from tears born of pain as the straps from her precious camera tighten around her throat, clarity sets in. They say that just before you die your life flashes before your eyes. And on the threshold of death claiming her, she finds that partially true. Her flash begins as if to explain just how she ended up on Death’s door. With mere moments left, she has to wonder if trust had come at a very high price.

You like YA paranormal romance with a bit of heat. 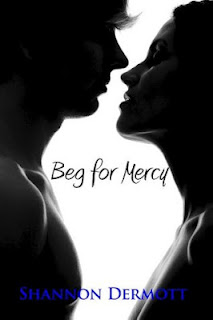 Beg for Mercy by Shannon Dermott
Everyone dreams of that first kiss. Of that magic moment when your lips finally meet those of that special person you’ve waited your whole life for. A little awkward, a little scary, a little hot and every bit amazing. We speculate that the whole world will shake and time will just stop. No one, however, ever imagines that kiss to bring Death himself knocking.

Sixteen year old Mercy Moore's life just got more complicated. The kiss that originally could have meant she would finally have a boyfriend now was the kiss that could have very nearly ended his life. A small detail her mother conveniently never told her will take her life for an abrupt u-turn. Dating, no love, was now completely and utterly impossible. And the boy well, that boy would never be the same.

But life, however cruel, goes on. Far too soon for her taste, Mercy finds herself at a senior party with the elite students of her school and her best friend. And of all things, playing a stupid game that could very well mean the death of someone in that small room. If it were not for her best friend, the hottest guys in school, and a small need to fit in, she may have been able to escape the disaster that was to come. Her worst nightmare, her personal curse, her very life, only gets dangerously worse.


How about Adult Contermporary Romance with a lot of heat. 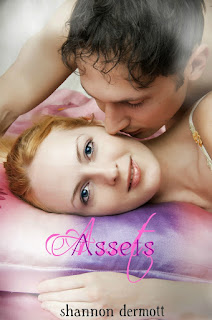 Assets by Shannon Dermott
Bailey Glicks, an accountant, is all too aware of her asset value. She’s pretty but not beautiful, smart but not a genius, and certainly she thinks she is more than enough for her fiancé. All that changes when she catches his cheating ass in a lie.

Needing to get away and start anew, she heads to New York to stay with her best friend and former college roommate, Lizzy who has more than enough space to accommodate her. What she didn’t bank on are two things.

First, Kalen Brinner, a man whose implied wealth and attractiveness on paper, shouldn’t be interested in her. But their combined sexual attraction sparks off like fireworks. Will it be enough to sustain a relationship, especially when circumstance makes one of them appear less than trustworthy? Can they survive the heat or will they combust in the flame of their own passion?

Second, when the assets in audit she’s working feel like they’ve been tainted with fraud; her supervisor isn’t buying her theory.

And if she’s wrong about either, both could make her lose big. One her heart. The other her job.

ALL BOOKS are AVAILABLE on AMAZON.com and BARNESandNOBLE.com

a Rafflecopter giveaway
Posted by My Book Boyfriend at 5:58 AM