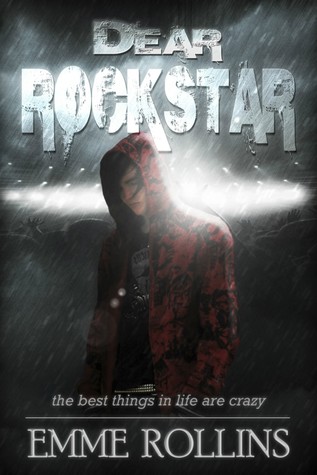 Dear Rockstar by Emme Rollins
This is a New Adult romance novel (Rated R)
♥♥♥1/2
(Three and a half Rockin' Hearts)
Book Summary
Sara is obsessed with rock star Tyler Vincent, and as she works to complete her senior year, she’s determined to find a way to meet him—although her best friend, Aimee, keeps telling her to find a different escape from her desperately violent home life.

Complications arise when Dale, the mysterious new transfer student, sets his sights on Sara, and she falls for this rock-star-in-the-making in spite of her better judgment. When Sara wins a contest, she is faced with a choice—travel to Tyler Vincent’s home town to meet him, or stay and support Dale in a Battle-of-the-Bands hosted by MTV.

Their triangulated relationship is pushed to its breaking point, but there is another, deeper secret that Dale’s been keeping that just may break things wide open...

Turn up your collar, feather your hair, and splash on some Polo, because we’re going back to the ‘80’s when MTV played music videos, there was no such thing as American Idol, and becoming a star meant doing nothing short of crazy for that one, big break.
My Review

Well, I asked for it. And I got it in exchange for an honest review. So here it is.
Honestly, this story had massive potential. There was an edginess to the story with the character who are originally set in a high school for kids who should have graduated but didn’t.
The story is also set in the 80s. I felt that some of the potential from the story being “historical” and I use that term loosely because one thinks of centuries back when that term is used. But considering the 80s began over 30 years ago, I think the term still applies, at least technically. That said, I felt like other than the dress and references to pop culture, the period wasn’t really all that important to the story. This story could have been set in the present and still worked out. Yes, the technology aspect. But the main girl is poor and still may not have access to it. Even still, I think it was a waste when the time period wasn’t used to its full advantage.
My second problem with this story is that the other missed lots of opportunities with the issues she brought into the story, poverty, abuse, bulimia, secrets, and lies. I won’t spoil it by giving more details. Although these subjects are touch with fingertips during the story, they really aren’t dealt with at all until the end. Thus we only get a couple of brush strokes of those important issues.
And honestly, I felt like the answers to certain questions weren’t really clear in the dialogue.
Overall, I wish the author would go back and revise the story. It could be 100 times better than it stands now.
My book boyfriend Dale. 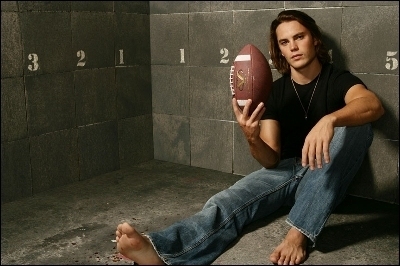