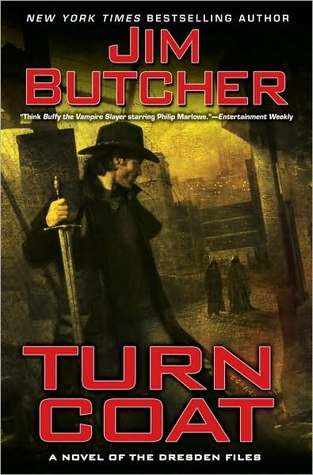 Turn Coat  (The Dresden Files #11) by Jim Butcher
This is an adult urban fantasy novel (Rated R)
♥♥♥♥
(Four Harry Hearts)
Book Summary
When it comes to the magical ruling body known as the White Council, Harry keeps his nose clean and his head down. For years, the Council has held a death mark over Harry's head. He's still thought of as a black sheep by some;and as a sacrificial lamb by others. But none regard him with more suspicion and disdain than Morgan, a veteran Warden with a grudge against anyone who bends the rules.

So when Morgan turns up asking for help, Harry isn't exactly eager to leap into action. Morgan has been accused of treason against the White Council;and there's only one final punishment for that crime. he's on the run, he wants his name cleared, and he needs someone with a knack for backing the underdog.

Now Harry must uncover a traitor within the Council, keep a less than agreeable Morgan under wraps, and avoid coming under scrutiny himself. And a single mistake may cost someone his head.

Like Harry...
My Review
So, I downloaded this one in need of something different to listen to than what I’d been listening to lately. Plus I know Butcher will deliver on an exciting interesting plot that will keep my interest.
I love Harry. But in this installment, I was more than a little peeved with his actions early in the story. The fact that he brings the big bad to a vulnerable group’s doorstep and someone gets killed bothered me. Harry is generally not one to do such a thing. I felt it was out of character given he was not able to overcome the foe. Why go to a group that was definitely out classed for help?
Other than that, I was really in to this story. Of course it ends badly for someone else. And I love that character too. But everyone can’t always survive or come out unscathed.
Still, this Dresden series is hands down better than most Urban Fantasy series I read/listen to.
Audio Review
James Marsters does a fabulous job as usual. He is simply amazing.
My book boyfriend Harry (model used is also cover model) 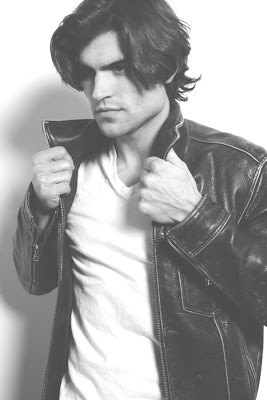