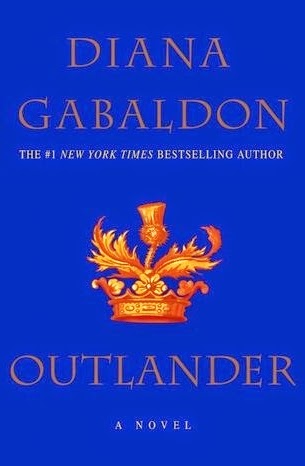 Outlander (Outlander #1) by Diana Gabaldon
This is an adult historical romance novel (Rated NC-17)
♥♥♥♥♥
(Five Jamie Hearts)
Book Summary
The year is 1945. Claire Randall, a former combat nurse, is back from the war and reunited with her husband on a second honeymoon--when she walks through a standing stone in one of the ancient stone circles that dot the British Isles. Suddenly she is a Sassenach--an "outlander"--in a Scotland torn by war and raiding Highland clans in the year of Our Lord...1743.

Hurled back in time by forces she cannot understand, Claire is catapulted into intrigues and dangers that may threaten her life...and shatter her heart. For here she meets James Fraser, a gallant young Scots warrior, and becomes a woman torn between fidelity and desire...and between two vastly different men in two irreconcilable lives.
My Review
I hate this book.
So why 5 hearts?
First it struck a lot of emotions from me, good and bad…
But I think it comes down to book withdrawal after. And to be fair, it’s more what happens next book that bothers me and not what happened in this book. So I can’t really rate this book based on future books, right?
Plus, I think Jamie tops my all time book boyfriend list. My previous tops were first Barrons (Karen Marie Moning Fever Series – Adult Paranormal) and then Christian Grey (Fifty Shades of Grey by E.L. James). Now Jamie. Say what you want but these are the three book guys I’ve obsessed over.
As much as I hate this book, Jamie is everything a book and a real man should be. He did a few things that I didn’t like but all where explainable. He doesn’t do things without thought. He doesn't have to be a bastard in the name of protecting her (well maybe that one time, lol). He’s kind, generous, giving, innocent, a hero, a warrior, loyal, honest, and everything….
But there was a big plot hole in this book that I should deduct hearts for.
WARNING SPOILERS WARNING SPOILERS --> NEXT
Jamie got on Clare so many times for not following his instructions. He said it wasn’t because she was stupid or couldn’t think of her own mind, but that he knew things she didn’t. And each time she defied him, he called her out on it.
Yet, he tells her (ask her to promise) not to see Geilis. And she does, for noble reason I must say. So afterwards, this is the one time he doesn’t ask her why she went. REALLY! She broke a promise and he doesn't call her on it. And he calls her out for everything else but not this where she almost dies AGAIN. And he had to save her AGAIN. And there is enough time for her to tell him and no good reason not to tell him that Leary betrayed her. Yet she doesn’t and it never comes up.
So when I accidently read part of the blurb for the next book. (20 years later, she returns to Scotland), and that’s all I read. I knew what was going to happen. I asked someone I know read and she confirmed.
And honestly as distasteful as the last part of this story was and it took me a while to build the courage to read/listen to that part, I find I can’t stomach what is to come next.
Obviously the author left out this Leary betrayal confession because Jamie would never do what he’s about to do if he’d known of Leary’s betrayal. That is the kind of guy he is. And I kept yelling at the book after Clare was saved from whipping and drowning, tell him about Leary. So this really took me out of the story and enjoyment.
Yet, I can’t get Jamie out of my mind.
END OF SPOILERS
So even though a major plot hole should have me giving this book 4 for 4.5 hearts, I find myself giving it 5 hearts for Jamie.
Overall, the beginning was slow. There is a lot of world building and maybe a lot of unnecessary details but I found that once Jamie was really involved I didn’t mind that the story dragged. It gave me more time with him. And don’t we want that when we fall for a fictional character? And oh what time we got to know all facets of Jamie, good and dare I say a little bad. And there were plenty of times for a few tears as well, especially towards the end.
I’m not sure I can continue this series. I will watch the show for sure though. They picked a winner for casting Jamie. Is that a first or what in the lasted book to small or large screen adaptations?
ANYWAY…
Audio Review
Davina Porter did an excellent job with accents and such. She didn’t have a lot of changes between characters except the main ones. But there is an extremely large cast, so I’ll give her a pass.
MY BOOK HUSBAND ~ James (Jamie) Fraser ( and when I think of him, I can't get the song below the picture out of my head.) 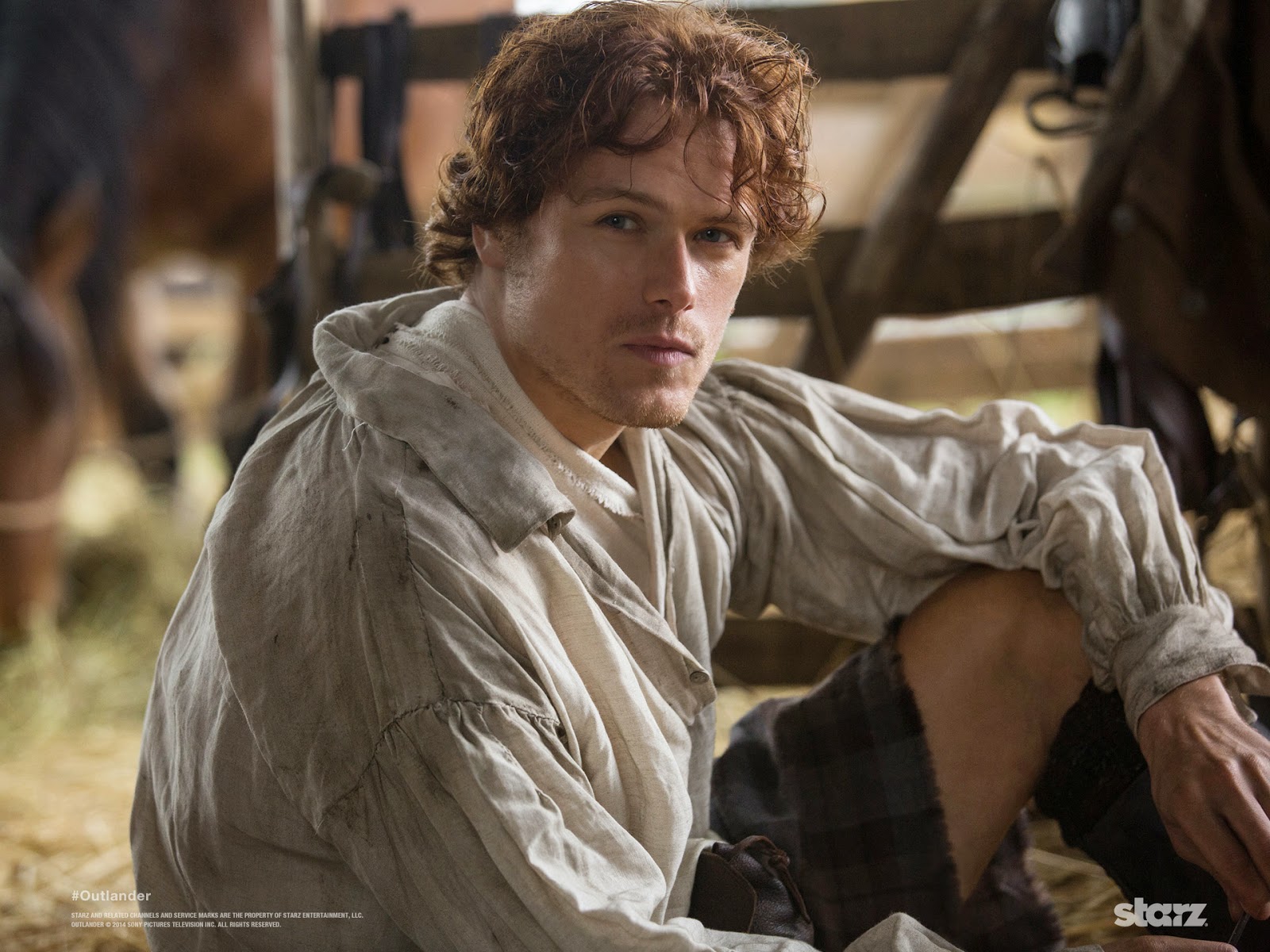 AND YEAH, I SAW THE SHOW BEFORE I READ SO HE'S THE GUY IN MY HEAD
AND HERE IS THE DAMN SONG I CAN'T GET OUT OF MY HEAD
ODE TO JAMIE

Posted by My Book Boyfriend at 1:51 PM