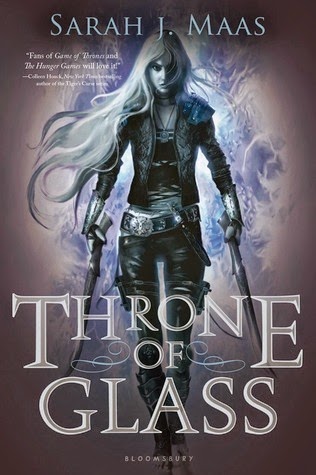 This is a new adult fantasy novel (Rated PG-13)

In a land without magic, where the king rules with an iron hand, an assassin is summoned to the castle. She comes not to kill the king, but to win her freedom. If she defeats twenty-three killers, thieves, and warriors in a competition, she is released from prison to serve as the king's champion. Her name is Celaena Sardothien.

The Crown Prince will provoke her. The Captain of the Guard will protect her. But something evil dwells in the castle of glass--and it's there to kill. When her competitors start dying one by one, Celaena's fight for freedom becomes a fight for survival, and a desperate quest to root out the evil before it destroys her world.

My Review
With high recommendations, I finally picked up this book. I really enjoy YA paranormal and fantasy books so I was like, sure let me use an audible credit and pick this one up.

First, I should mention that this isn’t a YA book like I thought. The heroine of the book is 18 and her, and I use this term loosely, possible love interests are 19 and early twenties. So this isn’t technically a YA book. However, there isn’t sex in the book or at least as far as I got.

I should say that out of 13 hours of listening, I had about 46 minutes left when I decided to stop listening/reading. So I think having read over 90%, I have every right to write a comprehensible review on the book.

Overall, the main problem with the book is that it tried to do too many different things and under delivered on everything. The book promised action. This from the first chapter. So this isn’t a spoiler, assassin girl taken out of jail to go compete for a job with the king. Can I say that this sounds a lot like Poison Study, which also happens to be a NA fantasy novel. Anyway, it takes us until around the 28% mark before the girl even starts the competition. What happens during up until this time? A lot of nothing. No romance, no real character development. I almost gave up at that point.

Then there is this element of mystery and thriller as people start dying. I won’t get into the details as I don’t want to spoil anything, but can I say that we were “told” this was being investigated. However, we were only shown twice that an investigation was even happening. And on the second time, when the author donned to show us, it was well into several people being dead. And it is our heroine who shows the investigator clues he or she might have missed. Which seems crazy? And if said investigator needed her help, why wasn’t Celaena brought in on future deaths investigations. The author had an opportunity here that she created and it led nowhere. It was odd. Since the investigation was stagnant and Celaena had a gift for seeing clues, why wasn’t she asked to help???

Okay, the romance part. I don’t need romance, but when there isn’t any action, mystery or anything else to move the plot further and the author has created a possible love interest the way Celaena pants over this guy the few times in the book she sees him, I’m hoping maybe for romance??? What we get is a kiss that come far late in the book. Then we are “told” of a whole day make out session with this guy. And more of Celaena panting over this guy. But honestly, all of this makes up far less than 10% of the book. Still Elena seems very willing to engage in a semi relationship with this guy, even getting jealous when other women are around.

As far as Celaena, she was supposed to be this badass, but she was more concerned about mundane things like how pretty she was and what dresses she would wear.
So out of all the elements this author creates, we get nothing. Had I been her editor, I would have told her to “show” all of the competitions instead of like four of them and glossing over the rest. Leave the mystery as is, since we will have faster pace action to move the story forward. Then the romance, well, I would have said, leave it at the one kiss.

So this brings me to why I stopped reading this one. SPOILERS ahead.

Celaena never baulks at being with this guy (I don’t name him for SPOILER, SPILER sake) unless this friend of hers comes around and she’s pretending not to like this guy. Otherwise, in her thoughts and actions, she’s all into this guy. So tell me, when the father of said guy tells him Celaena is using him, I immediately think the Dad is wrong and he’s just trying to interfere. Yet, after Celaena wins the competition, and another boy saves her life in the process, she tells the guys she’s been kissing all this time, she can’t be with him because she’s now the champion. Sounds like good old Dad was right. Therefore, I don’t like the character of this girl. I have no reason to go on.

Had Celaena only kissed the boy once and held him off and in her thoughts throughout the book. That  she thought about how she couldn’t be with this guy because of who and what they would be to each other, I could have continued. Which had been my plan. Up to this point, I would have given the book 3 stars and I was sure there would be enough of a cliffy to make me want to move on. But that wasn’t the case at all. Instead, Celaena comes off as a manipulation bitch. And that’s not the kind of character I can root for or want to continue reading about.

Furthermore, MORE SPOILERS, I read the reviews on the two future books that are released. I was still curious after all what would happen.  In the next book Celaena is with the boy that saved her. But in the following book, Celaena has moved on from him and is with someone else. And the first guy in this book has found someone else. And I’m done.

This book with its cartoonish cover, so it seems like YA. But I don’t like the bad values it sends. In YA, I forgive girls for making mistakes. Which is why I could have forgiven Celaena for the one kiss and a whole lot of thoughts about why she shouldn’t’ have done it. What I can’t forgive is Celaena coming off in the words of many guys I know, as a cock tease. (though there isn’t’ any sex in the book at least up until the 90% mark. I don’t know what comes after and don’t care.)

And for that reason, I can’t recommend this book especially not to young adults. But I encourage the mature readers to take a gander and make their own choice about whether they like or not.

Audio Review
Elizabeth Evans does an okay job. There are many important characters as this book is told in third person. However, Ms. Evans doesn’t have many voices. So some characters sound the same. But it’s not horrible. And the actual acting is really good.
My book boyfriend Prince Dorian. 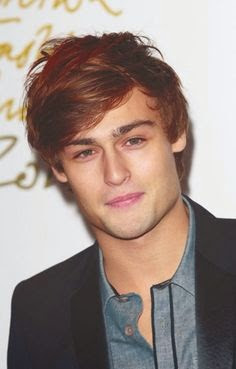