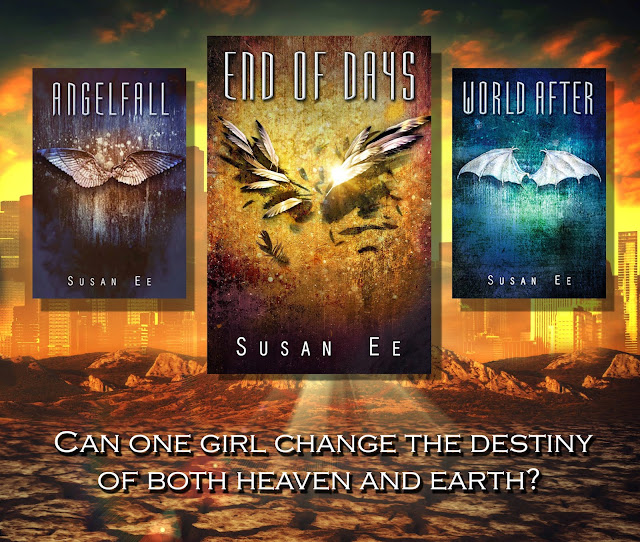 Savage street gangs rule the day while fear and superstition rule the night.

When angels fly away with a helpless girl, her seventeen-year-old sister Penryn will do anything to get her back...
My Review
I read the first two books back in March and I’ve read so many books since then. However, I remember gobbling them up. So I would rate them based on memory at about four and a half stars each. The story was interesting and engaging and wasn’t the typical YA book. It’s a mix of dystopian and paranormal with a dash of romance.
Imagine my excitement when I found out that book three would be released in May only a few short months later.
So here we are with book three and what a letdown. Because I have to give spoilers to explain my rating, I’m going to give a quick non-spoiler wrap up. Book three was not epic and considering the first two books were in the scheme of things, I was totally disappointed. Firstly, I felt absolutely no emotion while reading this book. Things happened and I cared not. I didn’t tear up, I didn’t laugh, I was an emotionless pit while reading. I thought the author used “erotica” type word and descriptions that weren’t necessary to the story (one word at least & and one small scene). I thought that the fighting scenes were quickly and easily resolved in comparison to the struggles of book one and two. And Penryn has been a fighter since book one, so you can’t say she’s a better fighter. Penryn also had serious doubts about Raffe throughout the book. I’ll talk about this below. I also thought that we didn’t get all the answers that we could have given the author made certain things questions in our heads. Lastly, I hated how things ended and thought there was an alternative to what happened. And even if the author wanted to go the route she did, she left a gaping plot hole by not addressing the alternative.
Would I recommend? Yeah, because it was still an interesting ride.
Now Why I give End of Days by Susan Ee Three Hearts only.
SPOILERS
About the fighting, everything was resolved quickly and easily. When they were in the hellhound realm, it was more about her rubbing up against Raffe (which would have been hot if this were an adult book), than about the quickly resolved problem of getting in, getting the warriors and getting out.
I thought the author needlessly used the word nipple when this book hasn’t been about sexual angst until now. It wasn’t necessary to the story. She could have worded things differently and still made her point.
My biggest complaint is the end. The demon guy said he wanted Arch Angel wings. His words in this book. He didn’t say Raffe’s wings. Uriel was down and out on the bridge. He was an Arch Angel. Why not give the guy Uriel’s wings? He was right there for the taking. And frankly with all lack of faith (pun intended) Penryn had for Raffe throughout all the books but this one in particular, when he’d never gave her a reason to doubt him, personally I didn’t think she deserved him or for him to lose his wings over her. And I might have let it go, if he chose that path to say to walk with her as a man. But no, in the epilogue he put the bat wings back on. For what? He claimed that she always looked at him the same with wings, without them, with demon wings. Yet, she doubted him at every turn. She expected his worst when he always gave her his best. And for that reason, I hated the ending. He should have had his wings.
And lastly, Penryn’s seemingly good father left the family. I never understood even though Penryn gave us her take on it. So I kept thinking that her Dad didn’t actually abandon him like she thought. It was even brought up again in this book. So I expected to find out the truth for sure regardless of the reasons, and we got nothing.
END OF SPOILERS
Overall, it was a good read, I just wish the last book didn’t feel like the author was forced to write it and she lacked passion or had word count restraints that didn’t allow her to give us the book we deserved.
Audio Review
Caitlin Davies is a pretty good job with narration. She didn’t use a range of pitch and tone to vary her characters. So a lot of side characters ended up sounding much like the main characters. However, I didn’t have a terrible time keeping up.
My Book Boyfriend Raffe. 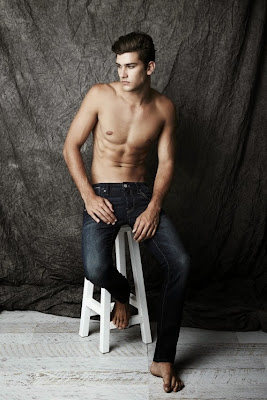