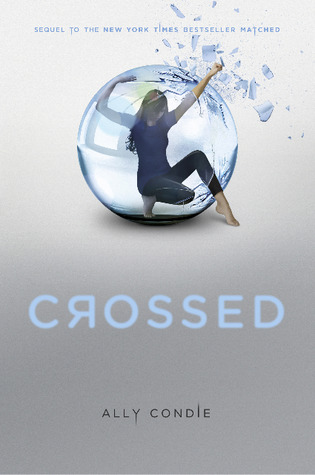 This is an young adult dystopian novel (Rated PG-13)

Rules Are Different Outside The Society

Chasing down an uncertain future, Cassia makes her way to the Outer Provinces in pursuit of Ky--taken by the Society to his sure death--only to find that he has escaped into the majestic, but treacherous, canyons. On this wild frontier are glimmers of a different life and the enthralling promise of a rebellion. But even as Cassia sacrifices every thing to reunite with Ky, ingenious surprises from Xander may change the game once again.

Narrated from both Cassia's and Ky's point of view, this hotly anticipated sequel to Matched will take them both to the edge of Society, where nothing is as expected and crosses and double crosses make their path more twisted than ever.

This book could have gone in a 101 different directions. But it surprised me with some of the twist. It still felt like a couple of other big name dystopian novels with the approach she took with the love triangle.

We learned a little more and had some heart wrenching moments. The first half of the book was kind of slow because of what was going on. But once things got moving, it became a little more interesting.

Ally does have a way with her characters and I must say development there wasn’t lacking. The plotline is a set up for things to come, and I went searching for book three once this book ended. And it was a no go. The third book has yet to release.

Overall, it was an okay book but one I will follow through until the end.

My book boyfriend is Ky. (Since we already had a pic of him, meet Xander.) 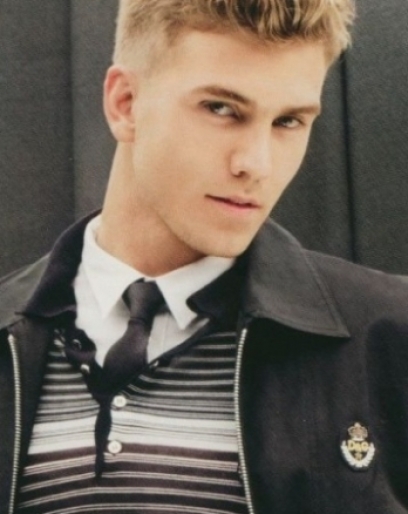 *Disclaimer - I am not the owner of this picture.  I found it on the web for causal fun use on my blog for which I receive no compensation.  If this picture belongs to you (you are the copyright owner) and you want me to remove it, let me know and I will.
Posted by My Book Boyfriend at 12:00 AM