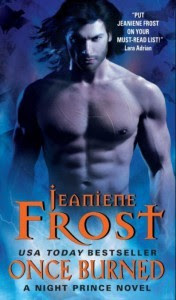 She's a mortal with dark powers...

After a tragic accident scarred her body and destroyed her dreams, Leila never imagined that the worst was still to come: terrifying powers that let her channel electricity and learn a person's darkest secrets through a single touch. Leila is doomed to a life of solitude...until creatures of the night kidnap her, forcing her to reach out with a telepathic distress call to the world's most infamous vampire...

He's the Prince of Night...

Vlad Tepesh inspired the greatest vampire legend of all—but whatever you do, don't call him Dracula. Vlad's ability to control fire makes him one of the most feared vampires in existence, but his enemies have found a new weapon against him—a beautiful mortal with powers to match his own. When Vlad and Leila meet, however, passion ignites between them, threatening to consume them both. It will take everything that they are to stop an enemy intent on bringing them down in flames.

I wouldn’t say this is my favorite novel by Jeaniene, but it was good. It all the classic things I love from this author. Humor and hot steamy scenes, the kinds that make you cross your legs. It will be interesting to see where this series goes.

The characters were well written and believable in a paranormal sense, lol. I wouldn’t say I was Leila’s biggest fan. I could have live with or without her. In a way she reminded me a little of Cat.

As far as the plot goes, I think it was interesting and not as predicable as one might think. I would have enjoyed a bit more tension with the other vamp interested in Leila, but it worked.

Overall, another solid read by Jeaniene Frost. I have no regrets in reading or rather listening to.

Read by Tavia Gilbert who has done the rest of the series. Again she does an excellent job using the same voice for Vlad, I’ve come to know and recognize. Tavia is one of the best at doing both male and female character that sound believable. 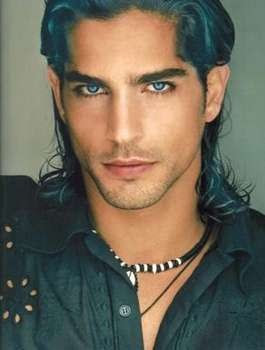