If you pirate a book, do you eat the grapes while still in the grocery store?

Today, I have with me the author of Game of Zeus and Mimic of Rune series, Aimee Laine.


If you pirate a book, do you eat the grapes while still in the grocery store?


I’ve thought a lot about ePiracy since becoming a published author. You see, before it didn’t ‘hurt’ because I didn’t do it. I didn’t feel it. I didn’t experience any of the effects of someone taking my work and putting it out there ‘for free’. I just didn’t.

Did that make me naive? Stupid? Uneducated? Not know the rules?

I still understood that stealing is stealing. I learned that when I was three or four, maybe five. I don’t really remember when because not stealing is ingrained my psyche. It’s part of the makeup of person that I am.

If something is owned by someone else, and it’s meant to be paid for, I don’t take it and give it away unless given express permission to do so.

Now, how does this relate to grapes in a grocery store?

Well ... have you ever been shopping, picking out lettuce, tomatoes, maybe bananas and watched as someone picked grapes right from the bunch, popping them into their mouths and eating them right there ... before getting to the cash register?

And, there’s NO WAY for the store to estimate just how much a person has eaten because people, unlike fruit, aren’t weighed at entry and weighed at exit. This sampling as some like to call it, as if that’s a euphemistic term to not say stealing, actually does hurt the grocery store’s bottom line, and while you may think one grape isn’t going to cost them that much, how about the 10 that you eat, the 10 that someone else does, the 10 others and so on until 1000s of grapes are eaten and never paid for?

You see? Just one grape may seem like so little, but it’s not just one. It’s the whole.

Yes, some grocery stores give away food, in specially marked containers, to entice shoppers to buy. But if those grapes aren’t in those dome-shaped, plastic containes marked ‘SAMPLES’, they aren’t free!

Just because grapes are easy pickin’ and open to all because of their packaging, doesn’t mean they are to be consumed without payment.

The same goes for an ebook. Just because it’s there and easy to download doesn’t mean you should grab it for your eReader. If you haven’t paid for it or borrowed it from a friend or library like a paperback (who have the right to share it with you), you’ve just eaten the grapes without paying.

So unless you’re two years old and haven’t yet learned this rule, I’m pretty sure you know the truth.

If stealing grapes is wrong, so is stealing books. Period. The same rule applies. 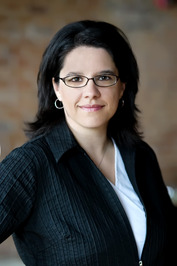 Aimee is a romantic at heart and a southern transplant with a bit of the accent (but not a whole bunch). She's married to her high school sweetheart, and with him, she's produced three native North Carolinians, two of whom share the same DNA.

With an MBA and a degree in Applied Mathematics, there's absolutely no reason she should be writing romance novels. Then again, she shouldn't need a calculator to add two numbers, either ... but she does.
Posted by My Book Boyfriend at 12:00 AM