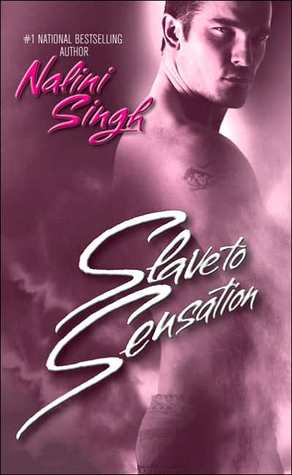 In a world that denies emotions, where the ruling Psy punish any sign of desire, Sascha Duncan must conceal the feelings that brand her as flawed. To reveal them would be to sentence herself to the horror of "rehabilitation" - the complete psychic erasure of everything she ever was...

Both human and animal, Lucas Hunter is a changeling hungry for the very sensations the Psy disdain. After centuries of uneasy coexistence, these two races are now on the verge of war over the brutal murders of several changeling women. Lucas is determined to find the Psy killer who butchered his packmate, and Sascha is his ticket into their closely guarded society. But he soon discovers that this ice-cold Psy is very capable of passion - and that the animal in him is fascinated by her. Caught between their conflicting worlds, Lucas and Sascha must remain bound to their identities - or sacrifice everything for a taste of darkest temptation...

What an epic disaster. Maybe my hopes were too high. I really liked her Guild Hunter series but this was awful. Sorry, it was. At least for me.

Setting – this is the future. I expect technology to be futuristic. This was written in 2008, so it should be fairly easy to come up with something new. Nothing. It was like we were in 2008. Very disappointing.

Characters – Sasha is supposed to be cold because she Psy. Fine, I get that she’s different so she feels. Fine. She’s dreaming about Lucas and she doesn’t put it together that they are real. The whole thing is ludicrous. The two of them are suppose to be smart. They are questioning each other in the dream but they don’t’ put it together.

Lucas is a stereotypical alpha male with no life to him other than the obvious script. I feel no draw between them and don’t understand why he’s compelled towards her over other woman. He’s willing to chose her over his pack mates and he doesn’t even know her. The mate thing isn’t explained so I could use that as an excuse for blatant instant love.

Plot – there is barely any. Sasha is supposed linked to the net and her powerful mother doesn’t use the connection to find her when she goes awol for a time. Really, they didn’t figure it out. The whole thing with the killer, he supposedly so smart he hasn’t been caught yet he doesn’t figure out something is up with Sasha.

Overall, I don’t want to continue with the series but I already bought book two. Ugh! Not for me, but a lot of people like it, so don’t take my word. It may interest you.

Angela Dawe did a good job. She did a good job with the character and keeping them separate and straight without me having to pay attention to hard at who was talking. Nothing however could overcome the weak writing.

My book possible boyfriend Lucas. (Honestly, I have no idea what the guy looks like and I can’t be bothered to search my audio book for his looks. ) He's a changling right.  Strong and Hot.  This should work. 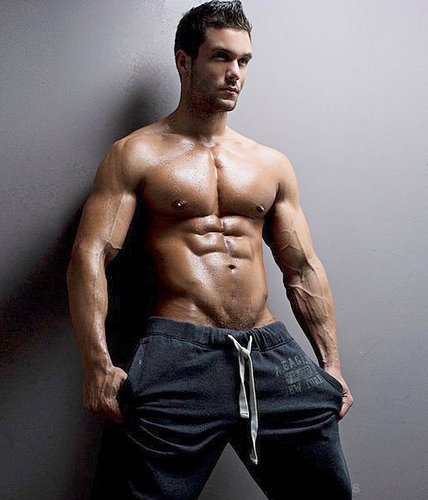