Dime Store Magic (Women of the Otherworld #3) by Kelley Armstrong 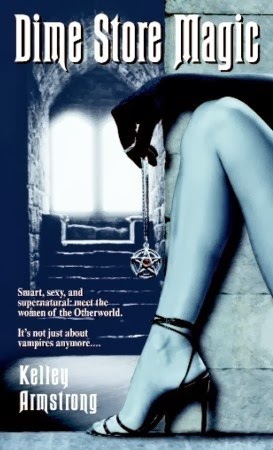 Dime Store Magic  (Women of the Otherworld #3) by Kelley Armstrong
This is an urban fantasy novel (Rated NC-17)
♥♥♥♥
(Four Magic Filled Hearts)
Book Summary
Paige Winterbourne was always either too young or too rebellious to succeed her mother as leader of one of the world's most powerful elite organizations- the American Coven of Witches. Now that she is twenty-three and her mother is dead, the Elders can no longer deny her. But even Paige's wildest antics can't hold a candle to those of her new charge- an orphan who is all too willing to use her budding powers for evil... and evil is all too willing to claim her. For this girl is being pursued by a dark faction of the supernatural underworld. They are a vicious group who will do anything to woo the young, malleable, and extremely powerful neophyte, including commit murder- and frame Paige for the crime. It's an initiation into adulthood, womanhood, and the brutal side of magic that Paige will have to do everything within her power to make sure they both survive.
My Review
I’ll be honest and say that in this series after reading the Elena story in the first two books, I was resistant to reading about any of the other women. I skipped over the books that weren’t primarily about Elena. I think it took reading the Men of the Otherworld to finally open up my mind to go ahead with the other POVs.
I started this one several times (prior to reading Men of the Otherworld) I could never get into it. It just didn’t have the same feel. And honestly, it shouldn’t. Paige isn’t Elena.
Even though I was able to finally read this one, I can say I was annoyed with the Paige character. She acted like dumb. And she was supposed to have like a Harvard or so education. She did dumb things. Sometimes people make mistakes. But if presented with similar circumstances, most people would think to themselves, something like this happened before. Maybe I shouldn’t jump in so easily. But in this case Paige seemed to lack common sense.
So thank god for Lucas. He was the shining star in this story for me. Where Paige was dumb and Savannah was rude, Lucas was level headed and pure of heart, or so we think.
Overall though, I can’t say I didn’t enjoy the story because I did. I don’t always have to like the main character to enjoy the story. This was one of the exceptions.
Audio Review
Laural Merlington did a wonderful job with the narration. She sold the Paige character.
My book boyfriend is Lucas. 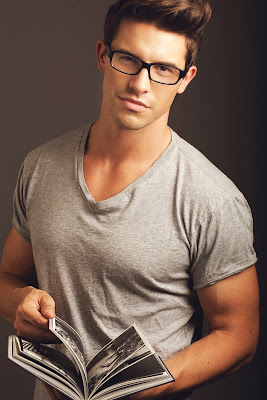 *Disclaimer - I am not the owner of this picture. I found it on the web for causal fun use on my blog for which I receive no compensation. If this picture belongs to you (you are the copyright owner) please let me know and I will remove it.
Posted by My Book Boyfriend at 8:21 PM