The Dream Thieves (The Raven Cycle #2) by Maggie Stiefvater 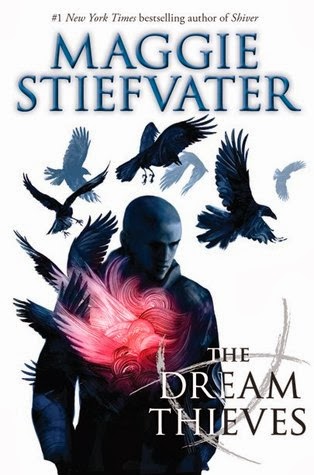 The Dream Thieves  (The Raven Cycle #2) by Maggie Stiefvater
This is a young adult paranormal fantasy novel (Rated PG-13)
♥♥♥♥1/2
(Four and a half Raven Hearts)
Book Summary
Now that the ley lines around Cabeswater have been woken, nothing for Ronan, Gansey, Blue, and Adam will be the same.

Meanwhile, some very sinister people are looking for some of the same pieces of the Cabeswater puzzle that Gansey is after...
My Review
First let me say that this was a successful sequel in the series, on par with the first book. I also really like that this author takes risks with her characters and doesn’t do the norm. This is real life folks with a paranormal twist.
As far as characters go, Gansey continues to be the guy for me. He is my book boyfriend. However, I think Ronan really stole the show in this installment. I like vulnerable characters. And I think out of all, he is the most vulnerable. I will say that I wasn’t at all surprised by his secret. I had that pegged in the first book by certain things from Blue’s POV. It was just confirmed for me here. Then there is Adam and Blue. Both disappointed me. I don’t really like the way Blue handled Adam. And I don’t like who Adam became after.
The story was fast paced and I found it hard to put down. Where the Shiver series and even the Scorpio Races was a slow and a steady build, I found this series to be moving constantly with the landscape changing as the characters evolve.
Overall, I’m really impressed. I sincerely hope she doesn’t pull a Forever (Shiver #3) ending on us in this one. I will be very unhappy.
Audio Review
Will Patton continues to do an awesome job with narration.
My book boyfriend Ronan. 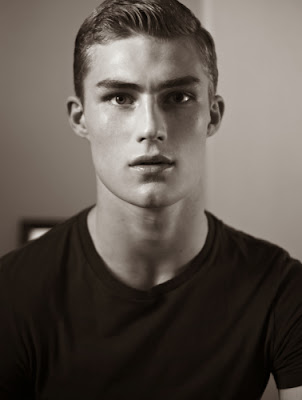 *Disclaimer - I am not the owner of this picture. I found it on the web for causal fun use on my blog for which I receive no compensation. If this picture belongs to you (you are the copyright owner) please let me know and I will remove it.
Posted by My Book Boyfriend at 6:27 AM