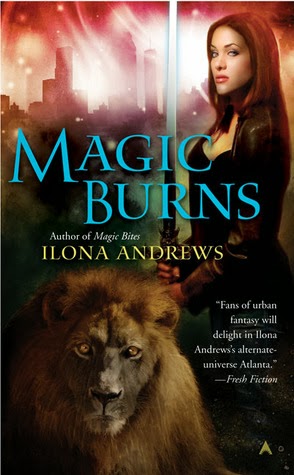 Magic Burns  (Kate Daniels #2) by Ilona Andrews
This is a dystopian paranormal fantasy (Rated R)
♥♥♥♥
(Four Bran Hearts)
Book Summary
Down in Atlanta, tempers – and temperatures – are about to flare…

As a mercenary who cleans up after magic gone wrong, Kate Daniels has seen her share of occupational hazards. Normally, waves of paranormal energy ebb and flow across Atlanta like a tide. But once every seven years, a flare comes, a time when magic runs rampant. Now Kate’s going to have to deal with problems on a much bigger scale: a divine one.

When Kate sets out to retrieve a set of stolen maps for the Pack, Atlanta’s paramilitary clan of shapeshifters, she quickly realizes much more at stake. During a flare, gods and goddesses can manifest – and battle for power. The stolen maps are only the opening gambit in an epic tug-of-war between two gods hoping for rebirth. And if Kate can’t stop the cataclysmic showdown, the city may not survive…
My Reviews

Although I continue to enjoy this series, I will say that Kate bothered me a bit in this one. In fact, she was almost like the anit-Anita Blake. What do I mean by that? She constantly put herself down. It was annoying that she discounted every man who tried to say they found her attractive. While I get she was trying to come off as a normal girl, it annoyed me the words she used to suggest a guy didn’t know what he was talking about. Learn to take a compliment.
Also, Red, whom I my heart broke for in the first book, came back to destroy it in the second. I really hated the direction the author took with his character but it worked with the story. Bonus, I really fell for Julie.
All that said, with romance still not a priority in this series so far, the guy that stole the show for me was Bran. I think there may have been tears associated with the direction his character went although I predicted it.
Which brings up the reason for the four stars. Most of the directions the book’s turns I predicted far in advance. Thus, I couldn’t give it perfect rating. However, it was still very good and worth the read.
Audio Review
Renee Raudman did a good job with narration.
My book boyfriend is Bran. 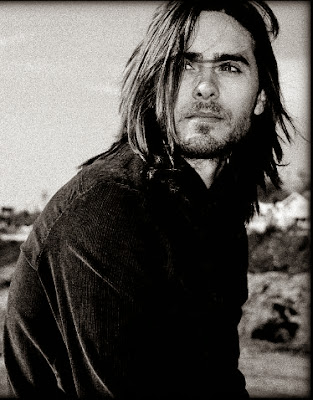