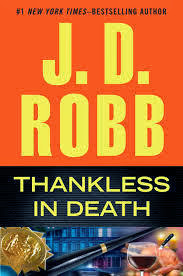 Book Summary
In the latest suspense thriller in the #1 New York Times bestselling series, the year 2060 is drawing to a close in New York City and loved ones are coming together for Thanksgiving. But sometimes the deepest hatreds seethe within the closest relationships, and blood flows faster than water…

Lieutenant Eve Dallas has plenty to be grateful for this season. Hosting Roarke’s big Irish family for the holiday may be challenging, but it’s a joyful improvement on her own dark childhood.

Other couples aren’t as lucky as Eve and Roarke. The Reinholds, for example, are lying in their home stabbed and bludgeoned almost beyond recognition. Those who knew them are stunned—and heartbroken by the evidence that they were murdered by their own son. Twenty-six-year-old Jerry hadn’t made a great impression on the bosses who fired him or the girlfriend who dumped him—but they didn’t think he was capable of this.

Turns out Jerry is not only capable of brutality but taking a liking to it. With the money he’s stolen from his parents and a long list of grievances, he intends to finally make his mark on the world. Eve and her team already know the who, how, and why of this murder. What they need to pinpoint is where Jerry’s going to strike next.
My Review
This is a long standing series with 37 books so far. Not every installment will be a homerun. And I did enjoy this installment. But I have to say I missed some of the conflict that created tension early in the series. I think the author could create some and I have some very good ideas. But I’m not getting paid so unless Nora Roberts contacts me personally, I’ll keep it to myself.
Anyway, there are hints in the installment that change could come. I could see how to wrap this series up and create the HEA we all want.
The crime in this one was gritty and brutal. Even though we know “who done it”, I still like how the chase played out.
I’m looking forward to the next installment that will hopeful have the spice this installment lacked.
Audio Review
Susan Erickson is awesomesauce as always and makes this series enjoyable to listen even when it’s not the best in the series.
If you haven’t read this one, it’s worth a read, especially the early installments.
My book boyfriend Roarke. 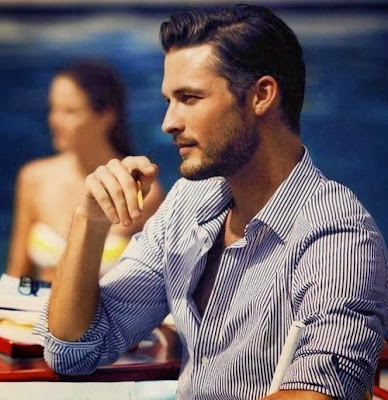