One Thousand and One Nights by Ruth Browne 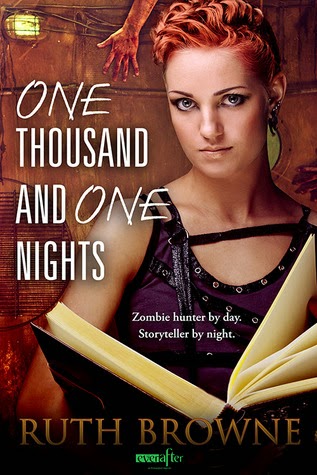 Book Summary
Sheri spends her days fighting zombies and her nights chained to a wall, earning her every breath by telling stories to her captor Aleksy—stories that make them both forget the ruined world. Sheri could put up with the conditions—at least she knows her sister is safe in the community Aleksy leads—until she realizes she’s falling for him...even though he wants her dead.When Aleksy allowed Sheri and her sister into his compound, he didn’t know about the zombie bite on her back. It's only a matter of time before she turns into one of the rising dead and threatens their existence, but Aleksy has a secret need for Sheri and her stories. For everyone’s safety, he chains her to his bedroom wall, hoping for just one more day. But how long will the community allow Aleksy to ignore his own rule: always kill the infected. Always.

My Review
I was sucked into the story straight away. I hadn’t read a lot of zombie books nor had I begun to watch Walking Dead when I read this one. So for me, it was new and interesting.
What I liked most was the relationship between the characters. They both had issues and should stay apart, yet they were drawn to each other. Both were doing the right thing for different reasons.
The action was good and the story came together well.
Again, having at that point not seen a lot of zombie tales nor having read many, I thought this book had a Resident Evil feel to it. (btw I love that movie/series)
My book boyfriend Aleksy. 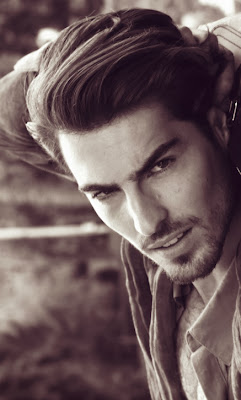 *Disclaimer - I am not the owner of this picture. I found it on the web for causal fun use on my blog for which I receive no compensation. If this picture belongs to you (you are the copyright owner) please let me know and I will remove it.
Posted by My Book Boyfriend at 6:51 PM