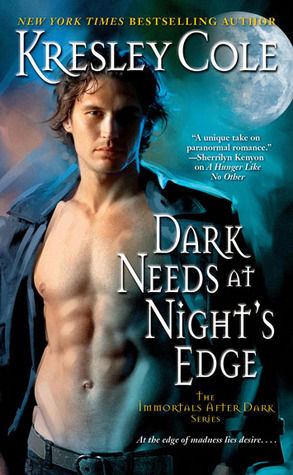 Dark Needs at Night's Edge (Immortals After Dark #5) ~ Kresley Cole
This is an adult paranormal romance. (Rated NC-17)
♥♥♥♥
(Four Vamp Loving Hearts)
Book Summary
Bestselling author Kresley Cole continues her seductive Immortals After Dark series with this tale of a vampire shunned even by his own kind and a beautiful phantom, bound together by a passion they cannot resist. A RAVEN-HAIRED TEMPTRESS OF THE DARK... Néomi Laress, a famous ballerina from a past century, became a phantom the night she was murdered. Imbued with otherworldly powers but invisible to the living, she haunts her beloved home, scaring away trespassers -- until she encounters a ruthless immortal even more terrifying than Néomi herself. A VAMPIRE WARRIOR CONSUMED BY MADNESS... To prevent him from harming others, Conrad Wroth's brothers imprison him in an abandoned manor. But there, a female only he can see seems determined to drive him further into madness. The exquisite creature torments him with desire, leaving his body racked with lust and his soul torn as he finds himself coveting her for his own. HOW FAR WILL HE GO TO CLAIM HER? Yet even if Conrad can win Néomi, evil still surrounds her. Once he returns to the brutality of his past to protect her, will he succumb to the dark needs seething inside him?
My Review
To be honest, I realize I’m not a fan of ghost romances.  I hadn’t put that together until now.  Wait, that’s not true.  It works in YA because things are suppose to be sweet.  The fact that you can’t touch not so much as a big deal.  Adult, doesn’t work as well.
The tension that was created in the beginning for me felt more like an annoyance than a buildup.  However, I give it to this author, she show how hooked me by the halfway point and I was all in.  But before, the story really dragged for me.
Still in the end, I did enjoy and would suggest those reading in the series to continue with this one.  Conrad is a hot alpha male.
Audio Review
Robwert Petkoff continues to do a bang up job as narrator.  Fabulous.
My book boyfriend Conrad. (I cheated.  He’s on the cover so he should be the guy.  Love Nathan.) 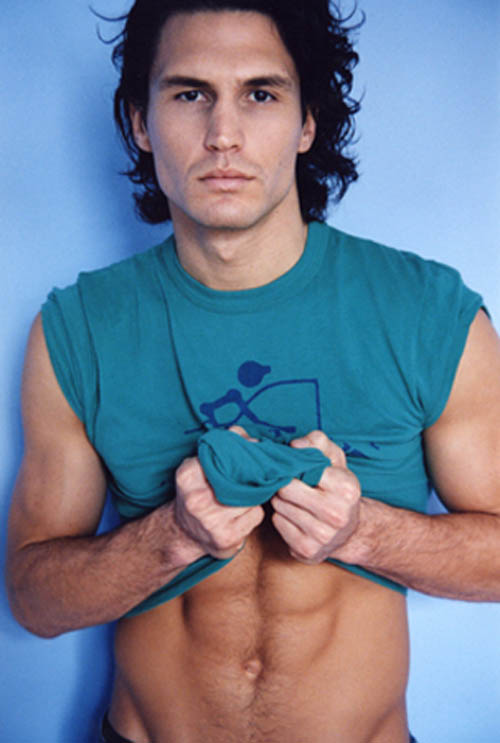 *Disclaimer - I am not the owner of this picture. I found it on the web for causal fun use on my blog for which I receive no compensation. If this picture belongs to you (you are the copyright owner) please let me know and I will remove it.
Posted by My Book Boyfriend at 5:34 AM