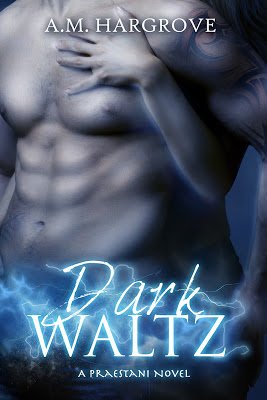 It’s the year 2030 and the human population has been annihilated by a virulent form of small pox.  Liasare Davidson is desperately searching for her brother, who has been missing for three months.  It’s been eighteen years since she was evacuated from Earth and she is horrified to see it’s become a cesspool of unimaginable things.

In her quest to find her brother, she meets Jurek, a powerful and enigmatic being that frightens her, yet she is unable to resist.  When things begin to unfold between them, they both discover a paralyzing truth that puts Liasare at grave risk.  She must make a choice to join Jurek and find her brother or fulfill a role she believes she is ill equipped to undertake.
Excerpt

“Going somewhere?” that husky voice asked.
Crapitty crap!
She sucked in her breath and dropped her annihilator, as his voice startled her. Before her brain could comprehend what was happening, she felt her body swirling through a vortex. She finally came to rest in another place.
Disoriented and dizzy, she tried to focus on her surroundings, but everything seemed to tilt sideways. She reached out her hand to stop herself from falling, but only succeeded in grabbing a fistful of air. Not knowing which way was up or down, she tried, unsuccessfully, to break her fall. Instead, she felt her breath leave her body in a whoosh as she slammed into the ground.
Fighting for oxygen, her diaphragm wouldn’t cooperate with her brain’s commands. Worse yet, she felt a pair of hands latch onto her waist, drag her to her feet and ram her back into a wall. Her head hung down as she fought to draw in precious oxygen, yet found she was still unable to do so. Then the asshole had the nerve to jam his arm straight into her diaphragm and start demanding things of her.
“Who do you work for?”
Her mouth opened and closed repeatedly, like a poor fish that had been hauled out of the water, desperate to be thrown back in.
“I’ll ask again, who do you work for?” he bit out each word with precision.
Things began to turn grey and hazy as the lack of air finally took its toll on her brain. She knew she was going to pass out.
Double crapitty crap!

Her head lolled to the side and...blink, lights out.
Jurek looked at her and cursed, “What the fuck?”
He hadn’t realized she was so close to losing it. He laid her out on the floor and looked at her for a moment. She wasn’t beautiful in that traditional, cookie-cutter sense, but there was something about her that enticed him. Her chestnut mane for one, and Jurek had always been a sucker for women with beautiful hair, but those hazel eyes of hers were something else. Her full lips were kissably soft, he thought, as he ran his thumb along her mouth. He finally placed his hand on her forehead and in seconds, she came to, moaning.
Her eyes fluttered open and when the recognition in them flickered, those hazel eyes shot sparks of gold. Hovering before her was the dark haired man from the bar. She wouldn’t have had to open her eyes to know it was him since every cell in her body was on fire with his power.
Soft black hair hung close to his shoulders and he wore it brushed back off his face. Liasare briefly wondered if it would feel as soft as it looked. He had a bit of scruff on his face; he obviously hadn’t bothered to shave in the last couple of days. His lips were full and sensuous and definitely made for kissing. In fact, Liasare could imagine running her tongue along that lower lip of his, tugging on it and gently sucking it. What made her nearly lose it were his eyes. They were extraordinary. Lavender, rimmed in indigo with flecks of silver swirling within their depths, Liasare had never seen anything so stunning in her life.

Regaining her senses, Liasare flew to her feet and threw a right uppercut that connected beneath Jurek’s jaw. Had he been a lesser man, it would have laid him out. Then she spun on her heel and began the motion for an intended groin kick, but his quick reflexes caught her leg before it connected and he flicked it off with his hand.
“You flaming asshole. Who do you think you are? You fucking knock the wind out of me and then you do it again for shits and giggles? Who the hell do you think you are?”
“Watch your language and I’m asking the questions here.”

“Not anymore,” Liasare hissed as she turned to head out of the building.
Before she could take another step, an arm snaked out and grabbed her around the waist. He pulled her tightly against his chest and whispered huskily into her ear, “I asked you a question. I want to know who you’re working for and I don’t intend to let you go until I get an answer.”
His voice washed over her with that electrifying intense heat. She felt her skin erupt in a million goose bumps as every hair on her body stood at attention.
Damn him,she thought. How can he have this kind of power over me? Fuck!
“You have no idea Brownie.”
“Brownie?
“Mmm. Brownie. For that glorious mane of hair you have.” His hand spanned across her stomach and she felt a million butterflies suddenly erupt as he hugged her tightly against him.

“I’ll bet you taste better than one too.” If she could have turned around she would have seen the corners of his mouth turn up as he baited her.

End of preview
You can find A.M. Hargrove and more information about Dark Waltz and her other books at her website
www.amhargrove.com
or
www.amhargrove.blogspot.com