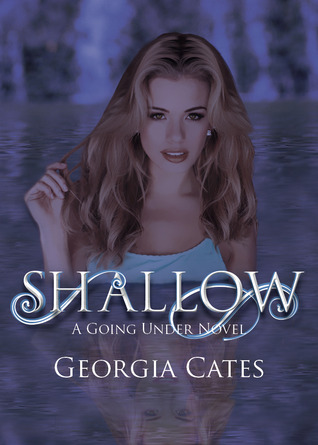 Shallow (Going Under #2) by Georgia Cates
This is a "new adult" contemporary romance. (Rated R)
Book Summary
Payton Archer's best friend, Claire, strives to be perfect in every way. Payton doesn't and this is her story.

Nick Hawke likes his car fast and his girls even faster. He blows through females quicker than his muscle car races down the "The Strip" in Collinsville and he wouldn’t have it any other way. Determined to avoid the devastation he has watched his father endure in the aftermath of his mother leaving, he believes there is no room in his life or his heart for a relationship lasting more than one night. He seeks happiness in things that won’t let him down...fast cars, adrenaline and one night stands. To his absolute dismay, all of that changes when he unexpectedly runs into an old friend and is introduced to Payton Archer, the first girl he ever wanted for more than one night. There’s only one catch...she is completely immune to him and his smooth talking ways.

Payton Archer is looking for what Claire has with Jessie, but she has given up on finding it...at least until she leaves for college in the Fall because she is certain that is where she will find the perfect guy to fit into her perfect world. She plans on Summer being nothing but three uneventful months of fun, but it turns out to be anything but ordinary when Payton is introduced to Nick Hawke, one of Jessie’s old Collinsville friends. She is shocked by her immediate and intense attraction for “Hawke” because nothing about him is what Payton is looking for. Sure, he’s hot and sexy but he comes from Collinsville and that is definitely not on her list of prerequisites. Everything about him makes Payton’s heart speed because he is exciting and dangerous, but his fast car and the dangerous chances he takes aren't what scares Payton the most...it’s the way Nick Hawke makes her feel every time he looks at her. Can Payton find that moment of total fearlessness and make the decision to leave the safe, shallow end of love to risk going under completely?


My Review
I liked this story better in certain ways.  We have the same premise with rich girl and bad boy but there stories were different.  This story had you caught in a tangled web the adults weaved.  In a way, I wish we got a little more answers, but I digress.

Let me take a step back.  I really like Payton.  She’s a smart ass and speaks her mind.  She does things she wants to do and not because she’s a follower.  She’s also a loyal friend and I think if she were real, she and I could be friends.

I tell you I read too many books because I didn’t remember from the first book that Payton was with Cooper, but who cares.  In walks Nick Hawke.  Yum.  And he was absolutely yummy in Payton’s head.  In Nick’s head, we see the more vulnerable side to him.  Which is hard at times and makes him appear soft, but he isn’t.

He’s the real deal to.  I like him.  I like his relationship which his family.  I like that he had issues but they were the criminal kind.  I liked a lot of Nick and you’ll just have to read for yourself why.

You can read this one alone but I would go ahead and suggest reading the first book.  You’ll get to see a side of Payton and other minor characters you won’t get in this one.  But it’s not required.

Overall, a solid read.  I look forward to the next on in the series. 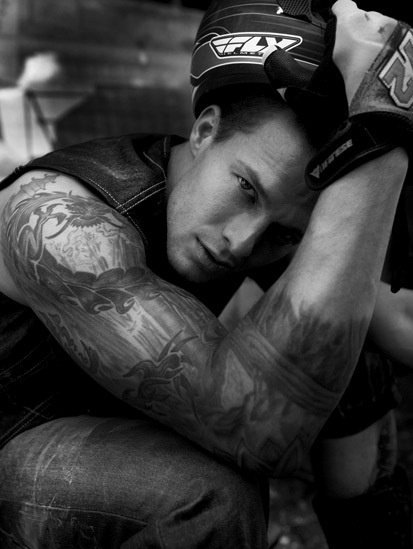 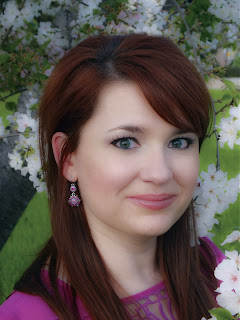 Georgia resides in rural Mississippi with her wonderful husband, Jeff, and their two beautiful daughters. She spent thirteen years as a labor and delivery nurse before she decided to pursue her dream of becoming an author.
Blood of Anteros, Book One in The Vampire Agápe Series, was her first novel and it was released in September 2011. She decided to briefly step away from the paranormal genre to try her hand at a young adult contemporary romance when she wrote Going Under, but returned to the paranormal romance platform to complete the second book in The Vampire Agápe Series, Blood Jewel.
Her current works in progress are Shallow (A Going Under Novel) which will release on September 27th and Blood Doll (The Vampire Agápe Series #3), to be released in January 2013.


Shallow on Goodreads
a Rafflecopter giveaway

*Disclaimer - I am not the owner of this picture. I found it on the web for causal fun use on my blog for which I receive no compensation. If this picture belongs to you (you are the copyright owner) please let me know and I will remove it.
Posted by My Book Boyfriend at 9:15 PM