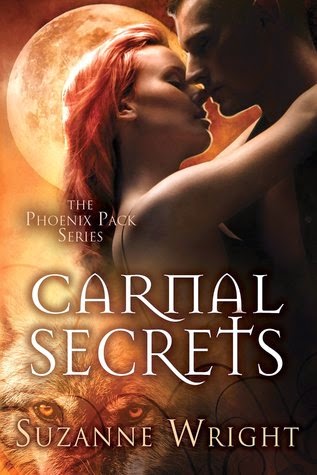 Carnal Secrets (The Phoenix Pack #3) by Suzanne Wright
This is an adult paranormal romance novel (Rated NC-17)
♥♥♥♥
(Four Solid Hearts)
Book Summary
A pack Alpha and his estranged, true mate wrestle with painful secrets, ruthless enemies, and their own irresistible attraction, in the sexy third book of the Phoenix Pack series.

Half-shifter Shaya Critchley may hold a submissive role in her pack, but she’s done taking orders. After her Alpha wolf mate refused to claim her—but committed to interfering in her life—she took off. Now she hides from him, posing as a human in a town full of anti-shifter extremist groups. She thinks he’ll never find her again, and that suits her just fine. But she’s wrong.

Nick Axton can barely control his feelings for Shaya, but he could never claim her—not if he truly cares for her. The degenerative brain condition he keeps secret would ultimately leave her with a burden rather than a mate. But when Shaya runs away, Nick can’t bear the thought of never seeing her again. After tracking her down, he discovers Shaya’s feisty and passionate side in the process…a side he’d never seen before.

Under the menacing gazes of territorial local packs and violent human extremists, Nick vows to finally claim the spirited Shaya…and despite her initial resistance, Shaya just might find his fiery determination to be the ultimate aphrodisiac.
My Review


I liked that this book showed some difference from the last two. Shaya didn’t give Nick as easy way which can annoy and also make me want to applause. I hadn’t like how he treated her and he redeems himself in this book.
I didn’t like this as much as the first book in the series and liked it a lot better than the second.
A lot happens in this book and this romance takes time thus not a lot of sex scenes but things do get steamy. I really like Nick a lot and a lot better than Dante.
I look forward to more from this series and hope that we get a little more originality in the relationships.
My book boyfriend Nick. 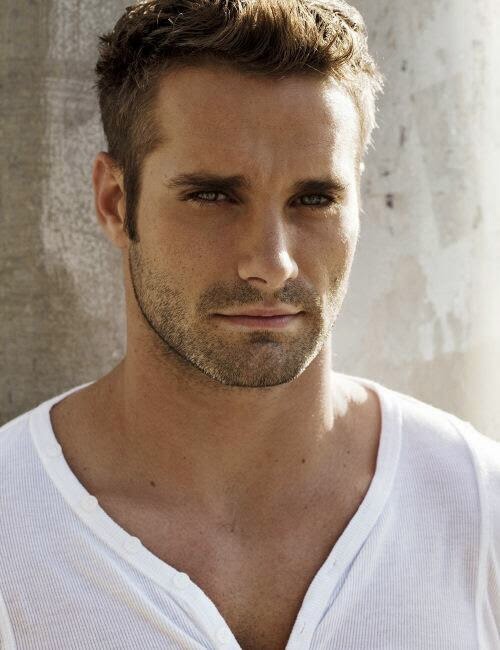 *Disclaimer - I am not the owner of this picture. I found it on the web for causal fun use on my blog for which I receive no compensation. If this picture belongs to you (you are the copyright owner) please let me know and I will remove it.
Posted by My Book Boyfriend at 8:40 AM