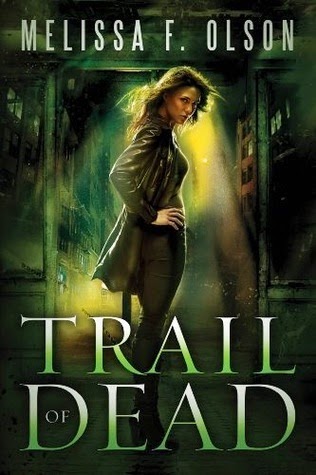 Trail of Dead (Scarlett Bernard #2) by Melissa F. Olson
This is an adult Urban Fantasy (Rated R)
♥♥♥♥
(Four Pissed Hearts)
Book Summary
As a null, Scarlett Bernard possesses a rare ability to counteract the supernatural by instantly neutralizing spells and magical forces. For years she has used her gift to scrub crime scenes of any magical traces, helping the powerful paranormal communities of Los Angeles stay hidden. But after LAPD detective Jesse Cruz discovered Scarlett’s secret, he made a bargain with her: solve a particularly grisly murder case, and he would stay silent about the city’s unearthly underworld.

Now two dead witches are found a few days before Christmas, and Scarlett is once again strong-armed into assisting the investigation. She soon finds a connection between the murders and her own former mentor, Olivia, a null who mysteriously turned into a vampire and who harbors her own sinister agenda. Now Scarlett must revisit her painful past to find Olivia—unless the blood-drenched present claims her life first.
My Review
With most paranormal or urban fantasy, somehow the danger directed at the main character somehow puts everyone she cares about at risk and this is what happens here.
Mild spoiler. I really didn’t like how Scarlett treated Eli and didn’t warn him at all about the impending danger. She warns everybody but him just sending him away without warning. Ugh. I was so pissed.
I’m not on the Jesse bandwagon and I’m not sure if I’ll continue with this series if they end up together. And it’s not that Eli liked her and she doesn’t like him. They’re freaking sleeping together for a long time, one night stands, but there is chemistry there.
Jesse doesn’t really appreciate who she is and isn’t interested in the supernatural world other than how it helps his job.
Enough of that. It was still a good book I didn’t regret reading.
Audio Review
Amy McFadden did a good job with narration.
My book boyfriend is Eli, but I’ll give you Jesse. (Yeah, I think I pick him to be too hot, lol) 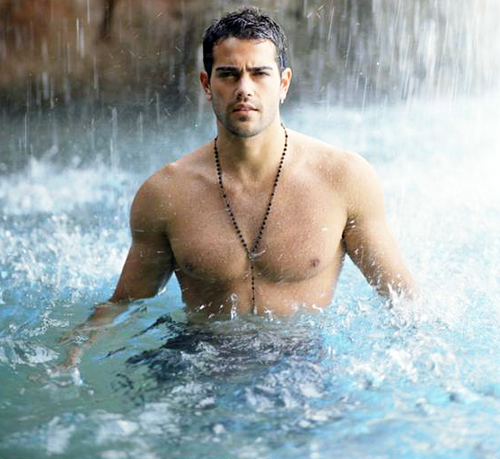